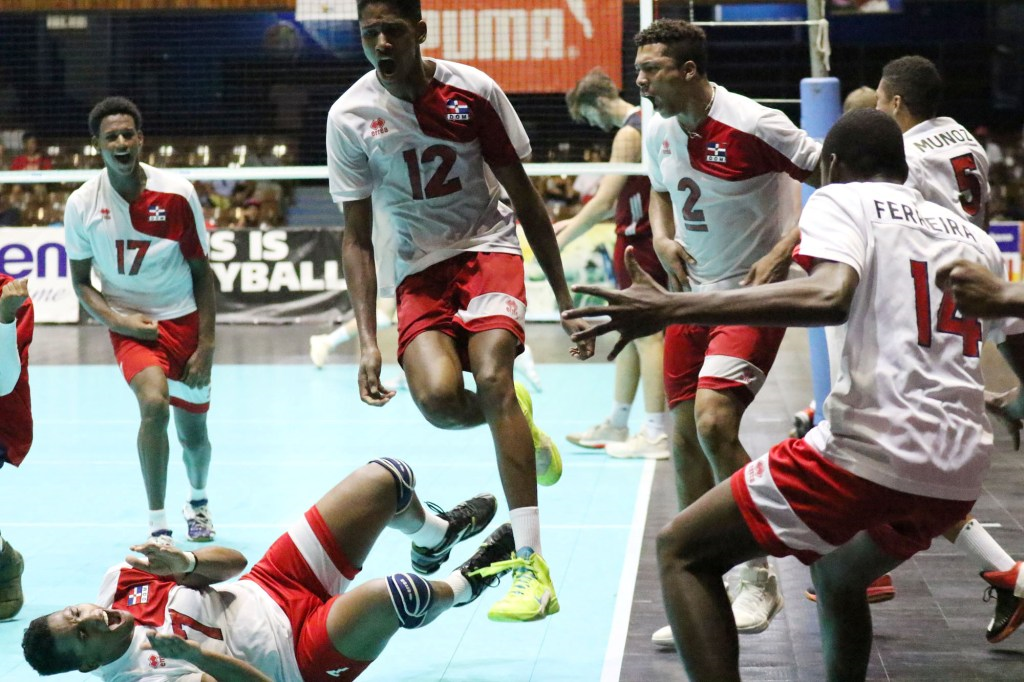 The stage is set for the NORCECA U-21 Championships podium matches. It will be the host Cubans vs. the Dominican Republic for the gold, while the United State will take on Canada for the bronze. Current Photo via NORCECA 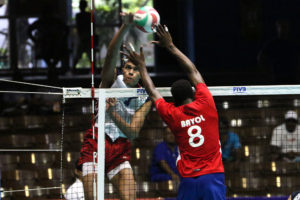 Bayron Valdez Pena racked up 31 points on 30 kills and a block and the United States gave up 42 points on errors to send the Dominican Republic on to the championship match.

“They played like never before, I had never seen the team like that before, they delivered everything on the field, I was confident because we have been training for a year, so much time together today,” Valdez, the Dominican captain said of his team. “The coaches and I talked to them. They had to give their hearts even if they killed us with balls and they listened to us, because I recognize that our adversary is a good team. They can even be superior to ours, because of their stature, because they are from the United States they know volleyball, but it always shows that nothing is impossible.”

Joining Valdez Pena in double-digits for the DR was Jose Dawilin Mendez, who downed nine kills and added a block and an ace for 11 points. Adalberto Gonzalez Perez served up two of the team’s six aces.

Outside hitter John Reilly was the top scorer for the U.S. with 17 points, accounting for 13 kills, a team-best two blocks and two aces. Opposite Jaylen Jasper chipped in 16 points (13 kills, 2 blocks, 1 ace), while outside Devin Joslyn starred from the service line, notching four aces, part of a 13 point tally (8 kills, 1 block). Captain Samuel Lewis nearly joined them in double digits with nine points on seven putaways and two stuffs.

Cuba posted 51 kills to Canada’s 35 to account for the difference in the match. Jose Romero Gonzalez led the way with 20 putaways and Julio Cardenas Morales added 15 to pace the host Cubans.

Canada boasted a 9-8 lead in blocks and a 6-4 margin in aces. The teams were separated by just one error with Cuba earned 33 points off miscues to 32 for the Canadians.

Romero scored a match-high 23 points, adding two aces and a block to his tally, while Cardenas posted two stuffs to round out a 17-point haul. Jose Gutierrez Suarez followed with nine points on seven kills and two blocks.

For the Canadians, Xander Ketrzynski carried the load with 19 points on 18 kills and an ace. Brodie Hofer was next with nine points (5 kills, 2 blocks, 2 aces) and Fynnian McCarthy put up four blocks, part of an eight point tally (also 3 kills, 1 ace).

“The Canadians came to make their best game, tried to find their strengths and make a dent in our weaknesses especially in the first set, in which the receipt did not work, in which now we were the best in that department, and they attacked with the serve and it worked better given our own inefficiency,” Cuban coach Jesus A. Cruz said. “When we pushed and we had more quality in the reception they started to fail, and because our blocking and attack are stronger we forced them to make mistakes, but it was a tense match, very much fought from the beginning except at the end of the last set we dominated and we achieved today’s goal, however we have not finished, we have to prepare for tomorrow.”