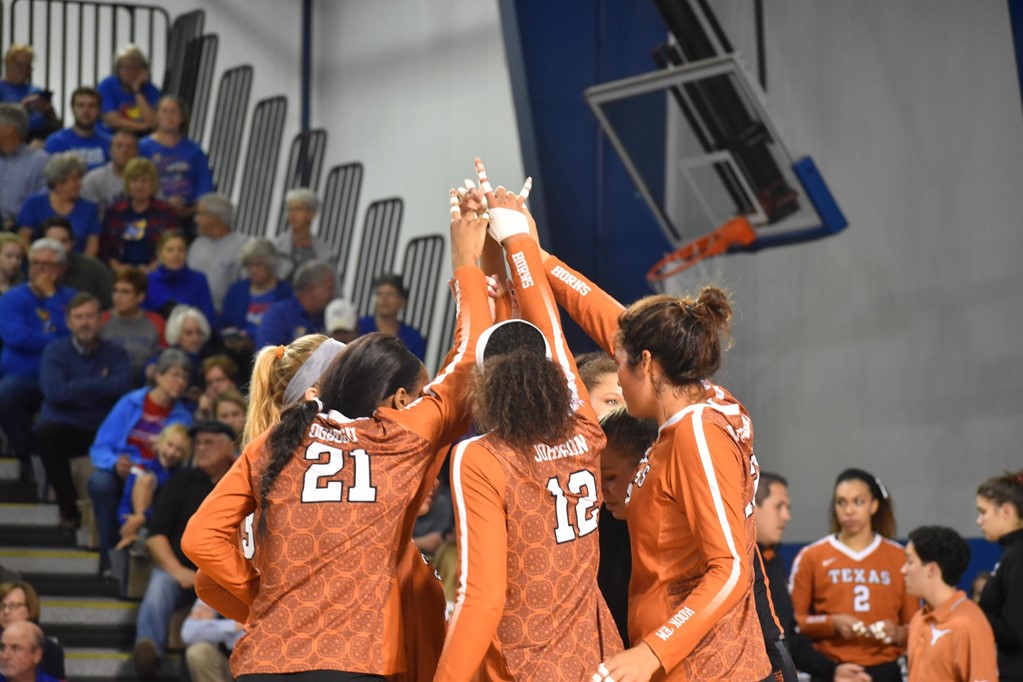 It was an elite group of eight schools that found happiness at NCAA Selection Show watch parties for volleyball, men's basketball and women's basketball in 2017-18, including three ACC teams. Of the eight, Texas lasted the longest in the NCAA Volleyball Tournament.  Archive Photo via Texas Athletics

Will the success of the volleyball teams translate to the basketball court? Only time will tell. But here’s a quick reminder of the elite group of eight with chances in all three sports did in the volleyball postseason.

Texas: After dispatching Fairfield and N.C. State at home via sweeps, Texas bested Utah 3-2 in the Sweet 16 in Palo Alto, California, before falling to No. 3 seed Stanford via sweep in the Elite Eight.

Missouri: The Tigers edged past former Big 12 foe Kansas in five sets in the first round and upset No. 16 seed Wichita State in four sets to move on to the Sweet 16. Once there, Mizzou faced No. 1 overall seed Penn State in Happy Valley and fell via sweep. Penn State went on to the Final Four.

UCLA: The No. 15 overall seed, UCLA played host to Austin Peay and Cal Poly in the first two rounds, winning 3-0 and 3-1. The Bruins then headed to Gainesville, Florida, to face No. 2 Florida in the Sweet 16. The Gators won 3-1 en route to an NCAA runner-up finish.

Creighton: As the No. 9 overall seed, the Bluejays topped Coastal Carolina in the first round in four sets, only to fall to Michigan State in four sets in the second round.

Miami (Florida): The Hurricanes bested College of Charleston in four sets in the opening round in Gainesville, Florida, but fell to the No. 2 overall seed and eventual national runner-up Florida Gators 3-1 in the second round.

N.C. State: The Wolfpack scored their first ever NCAA Tournament win, topping Oregon State in five sets. N.C. State then hit a buzzsaw in No. 6 seed Texas, falling via sweep in Austin.

Florida State:  The Seminoles wrapped up the season 18-11, falling to Washington State in four sets in the opening round in Lincoln, Nebraska.

Michigan: The Wolverines closed out their season at 21-12 following a first round loss to Colorado State in four sets in Palo Alto, California.