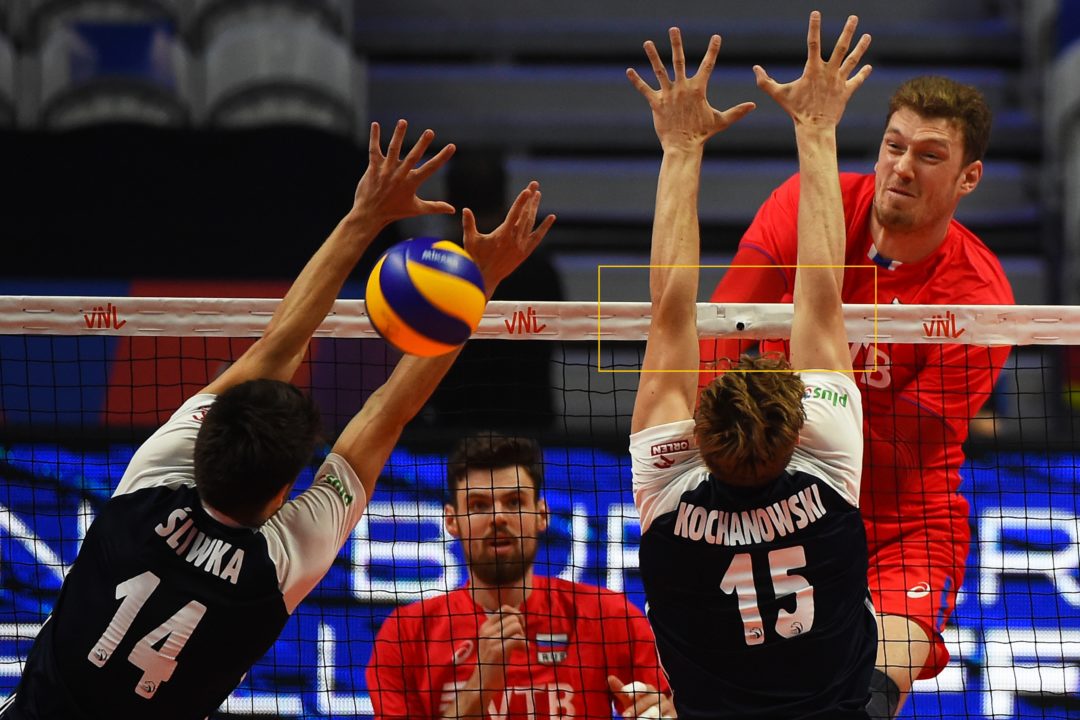 The cameras, highlighted above, are small, and will be used only for television (not for replays). Current Photo via FIVB

As part of their elevated efforts this year to innovate and pushing the boundaries of what is possible for volleyball, the FIVB has installed cameras on the top tape of the nets at the Final 6 tournament of the Volleyball Nations League.

Polish volleyball coach Michal M. Gogol posted a photo on Tiwtter today showing a slightly-thicker area of the tape at the top of the net where the camera is housed. The camera points back toward the players, and there’s one on either side.

He clarified that the camera won’t be used as part of the review system; rather it is intended for television audiences, and will probably capture at least a few good shots of blocks or facials.

While there didn’t appear to be any problems in Wednesday’s opening games in Lille, the cameras do seem to make enough of a difference in thickness that a player could make contact with it, causing a violation. Balls hit off the tape could also deflect differently. But, that’s a commotion to stir up if it happens.

While on a smaller scale, the move is reminiscent of the LED nets that FIVB experimented with in 2015. While they made for really cool effects during matches, they were stiffer and balls played differently out of the net and off the net. The more likely scenario with the new camera is that the ball hits it and takes an unexpected bounce.