Flint/Day Win Pool E in Tokyo, Patterson/Slick On To Quarters 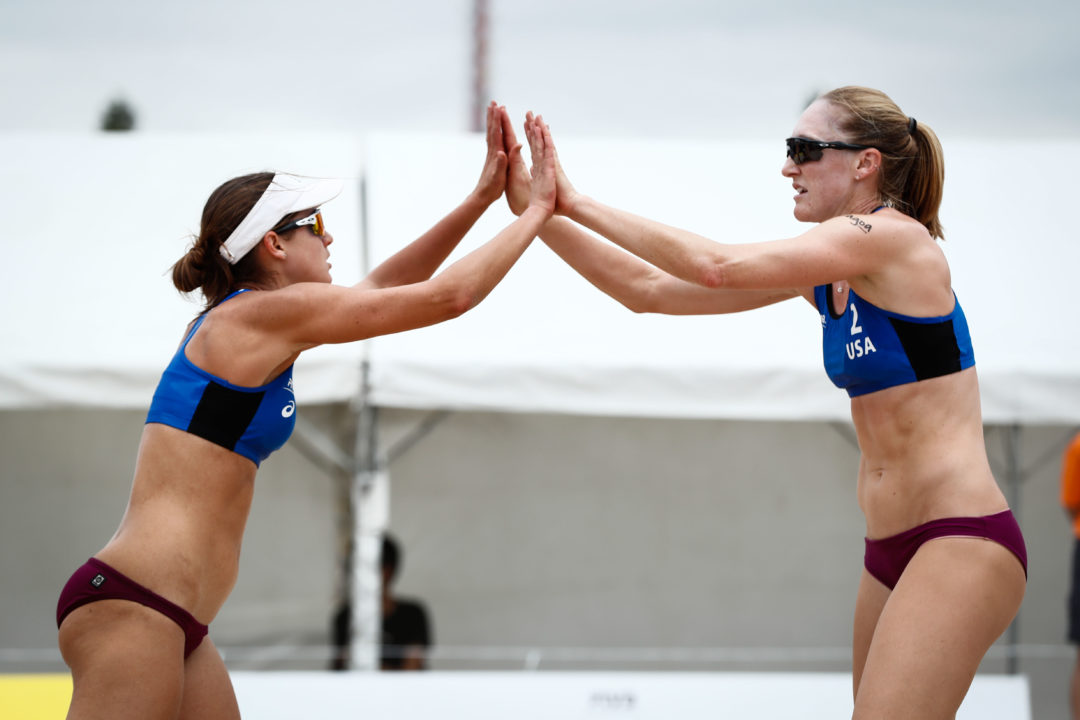 It was a busy day for the women’s field in Tokyo on Friday with pool winners being crowned and the first knockout round taking place.

At day’s end, 16 teams are left standing, the eight pool winners and the eight Round 1 winners.

The pool winners include:

Fendrick/Sponcil were set to face countrywomen McKenna Thibodeau/Madison Witt before the latter pulled out due to injury.

Moving on alongside Suzuki/Murakami and Fendrick/Sponcil through the knockouts were:

Women’s Round 2 action is slated to begin at 9 p.m. ET with Flint/Day facing off against Fendrick/Sponcil for a spot in the quarterfinals.

On the men’s side, the field was cut from 24 to eight as both knockout rounds were played. The quarterfinals are set to begin at 10:40 p.m. ET.

Americans Casey Patterson/Stafford Slick, who were among the teams still standing at the end of the day, after winning just one match by way of winning the Pool D title on Thursday. The pair will play at 11:30 p.m. ET.

Five of the eight pool title winners advanced to the quarterfinals, including the duo from the United States. Others moving on with Round 2 wins were:

It was the second three-setter of the day for Seidl/Waller, Gao/Li and Betzien/Erdmann, who all held on in the first elimination round, which saw all but one match go the distance. Only Estonia’s Kusti Nolvak/Mart Tissaar got through with a sweep, before later falling to the Grimalts. 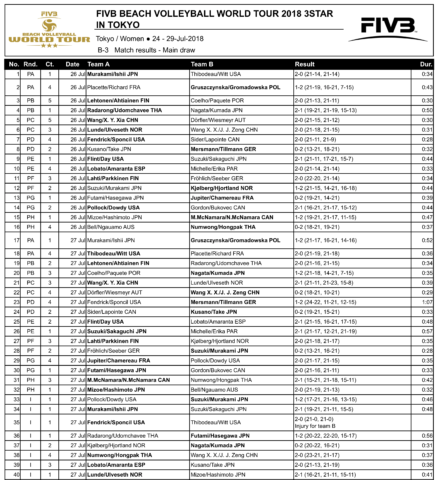 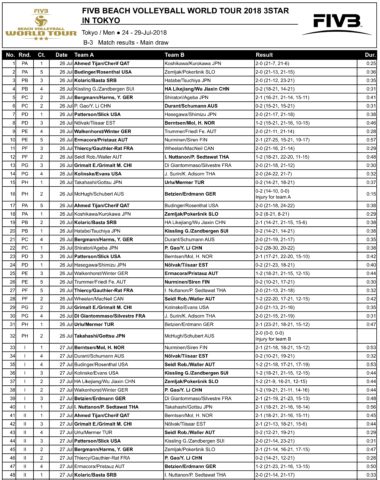