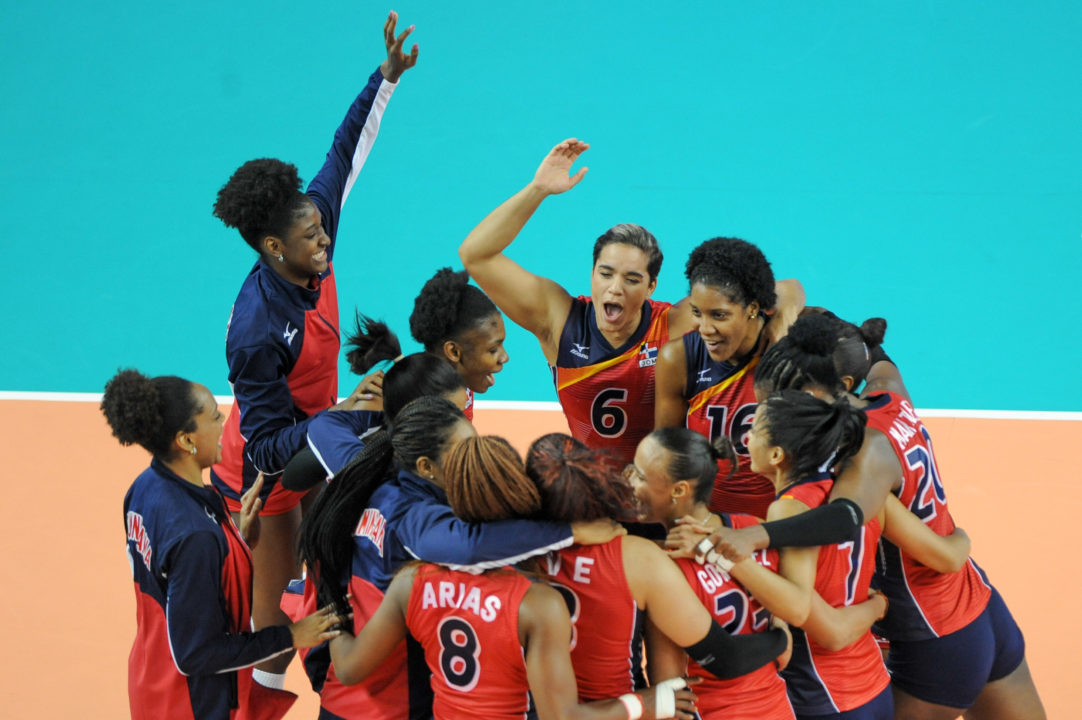 Russia built an unsurmountable 8-3 lead in Set 5 and Voronkova issued the final blow by tooling the block at 15-10. With the loss, Japan became the first nation to loss 300 matches at the major world level.

Russia went up 5-1 to start the match, but Japan charged back to take a 16-14 lead at the second technical timeout. The Japanese upped its edge to four at 20-16 and carried on for the 25-19 on a Kurogo putaway.

Russia’s block came to life in Set 2 and Voronkova found her groove offensively, lifting the team to a 13-6 advantage en route to a rushing 25-14 win.

The Russians followed Lyubushkina to an early edge in Set 3 and rode the advantage and unforced errors for Japan to a nine-point win at 25-16.

Japan boasted a slight advantage through much of Set 4 and earned a set-point try at 24-21. Kanami Tashiro came through to clinch a 25-23 victory and send the match to a decisive fifth set.

In a fairly even match, 27 Polish errors helped the Dominican Republic to a four-set win, snapping a seven-match losing skid.

The Dominicans earned six extra points on the miscues (27-21) and managed one more kill in the match (52-51). Both teams posted eight blocks and four aces.

Yonkaira Pena Isabel scored a match-high 19 points (16 kills, 2 blocks, 1 ace) and had support from three other double-digit scorers in the win. Brayelin Martinez chipped in 17 points, including 15 kills, while Gaila Gonzalez Lopez added 15 points with 13 putaways. Lisvel Mejia rounded out the scoring with 11 points on seven kills and a team-leading three blocks.

Malwina Smarzek turned in 19 points (18 kills, 1 ace) and Natalia Medrzyk (15) and Agnieszka Kakolewska (12) followed, but it was not enough. Medrzyk downed 15 kills, while Kakolewska registered eight kills and a team-best three blocks and an ace. Martyna Grajber also put up three stuffs in the match.

The teams played to ties at 6-all and 14-all in Set 3, but the Dominicans built a 22-19 lead, forcing a Polish timeout. The break was not enough as even Grajber’s best efforts couldn’t stop a 25-21 loss.

The DR scored eight of the first nine points in Set 4, but the match was far from over. Medrzyk starred as Poland cut the margin to three at 12-9. The Dominicans held strong from there, closing out a 25-20 win on a Mejia block of Smarzek.