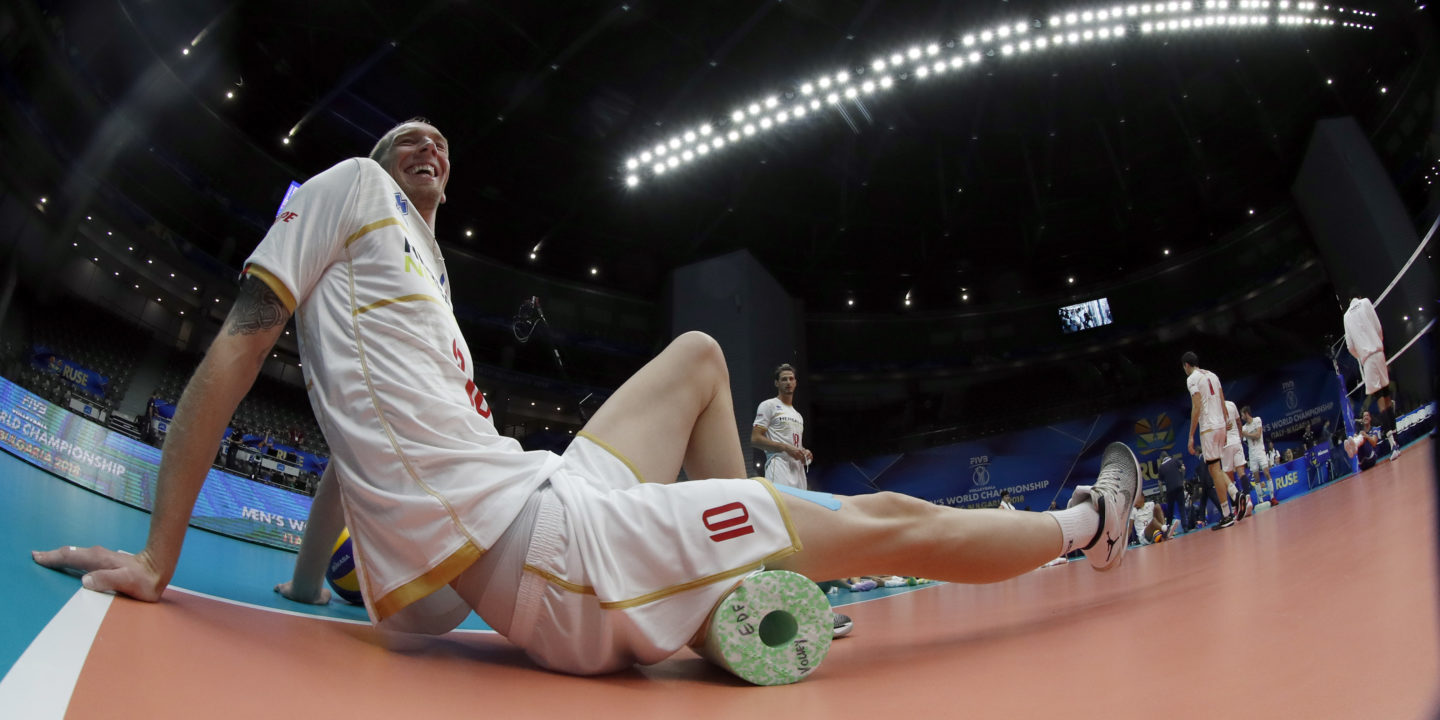 A nagging thigh injury for Kevin Le Roux flared in the first set of France's win against China on Wednesday, and he'll sit out against Brazil on Thursday. Archive Photo via FIVB

France ostensibly achieved everything they could have, and needed to, in their opening-round match against China on Wednesday at the 2018 FIVB Men’s Volleyball World Championships. They took a 3-0 sweep, earning both maximum points, and good values for set and point ratios. They even had a 2-set appearance from Earvin Ngapeth, who wasn’t sure if he’d be available to start the tournament while dealing with an abdominal injury.

But, as they prepare to play a much more challenging match against Brazil on Thursday, the news isn’t so good. The team will be without starting middle blocker Kevin Le Roux, their tallest player (2.09m, 6’10”), after he suffered an injury against China.

Le Roux has apparently been dealing with some injury in his thigh, which in the first set against China was aggravated. In the interest of ‘bigger goals,’ knowing that a win later in the preliminary rounds against Egypt or the Netherlands likely secures their advancement anyway, France has decided to rest him for the mast.

Starting in his place is  20-year old phenom Barthelemy Chinenyeze, who was a force in the team’s last two friendlies against Serbia before the tournament began. While France, arguably the deepest team in the world, won’t have to see drop-off from the change, Le Roux is a veteran player who has had big performances on big stages more-than-once for France.

Le Roux scored just 1 point in limited action on Wednesday, before Chinenyeze finished the match for him, scoring 5 points on 4-of-6 hitting, with 1 ace. What Chinenyeze gives up in height, and somewhat in blocking, he gives back in hitting and youthful-spring, offering another offensive weapon to the French as they work Ngapeth back into the lineup.