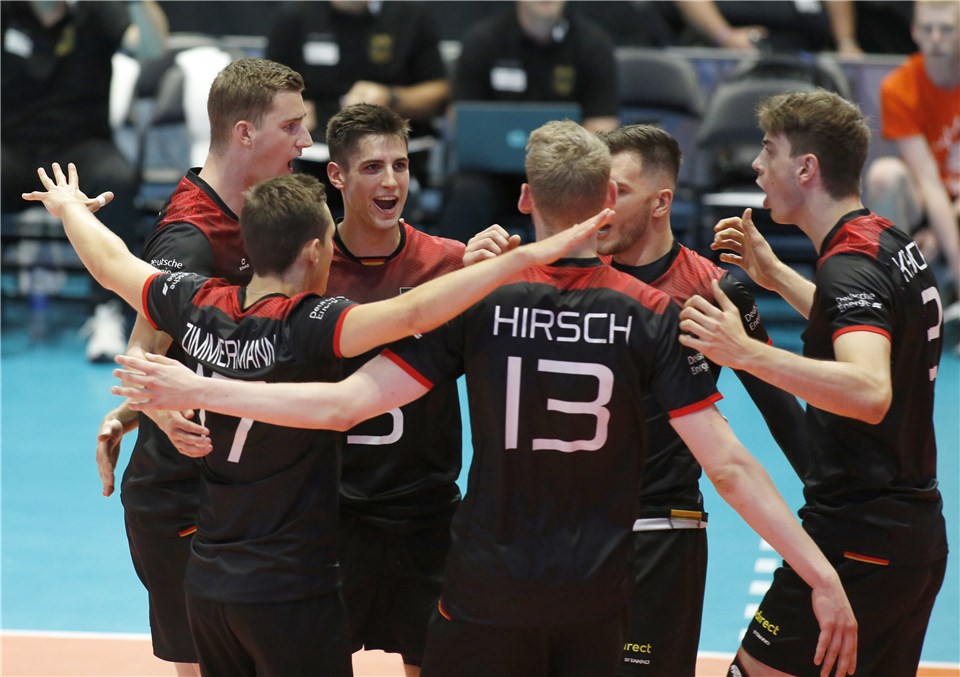 After upsetting World No. 3 Poland to wrap up Week 2 of the VNL, the Germans rode that confidence to a surprise sweep of the second ranked United States on Friday.  Current Photo via FIVB

After upsetting No. 3 Poland to wrap up Week 2, the Germans rode that confidence to a surprise sweep of World No. 2 United States on Friday. Meanwhile, the Americans seemed stuck after giving up a 2-0 lead to Brazil to wrap up Week 2.

In addition to strong serving, Germany utilized a balanced offensive attack to come out on top. Moritz Reichert and David Sossenheimer tallied 12 points apiece, including 11 and 10 kills respectively to lead the way. Simon Hirsch chipped in nine points with seven putaways, while Tobias Krick added six kills and a team-best three blocks for nine points. Noah Baxpohler and Jan Zimmermann were the X-factors in the match with five and four aces respectively.

The USA did not grab its first lead until Set 2, but even then, the team was out of sorts.

After two sets, Anderson and Holt were out and David Smith, Ben Patch and Kawika Shoji were in, but that did not stop the bleeding as the USA went on to fall 25-13. Baxpohler served up his fifth ace to give Germany a 22-10 lead and a service error left the United States stunned on the wrong end of a sweep.