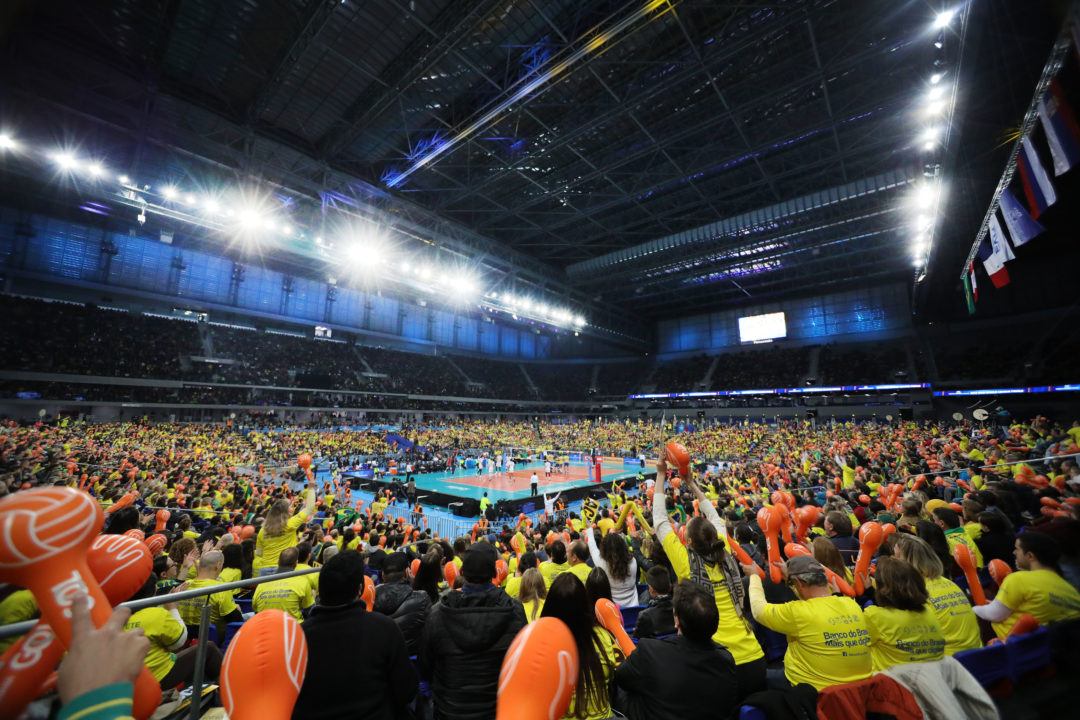 Following the pool play rounds, the finals for the 2017 World League got underway in Curitiba, Brazil, This year, the finals occurred in the Arena da Baixada, which has a maximum capacity of 42,372 (which was reduced for this tournament). While these rounds weren’t able to completely fill out the stadium, they did attract some of the largest crowds that the World League has seen yet. The 2017 World League Finals saw roughly three-times as many fans as came in 2016.

Predictably, the matches involving the host country, Brazil, drew some of the largest crowd figures, with the Brazil vs France showdown pulling in 23,149 to lead the week. In contrast, the largest crowd for the 2016 final week was 4,580 – the championship match between Serbia and Brazil, played in Krakow, Poland. The 2016 Final 6 saw a total of 43,560 spectators. This year, that total was 111,565.

Brazil showed its true colors with fans coming out in droves for the matches involving the host nation. In the epic five set battle between Russia and Brazil, there were about 146% more fans in attendance than their match two days prior.

Not surprisingly, the European teams and the USA drew lower attendance numbers, however, the Canada vs USA match for the bronze medal drew in 17,000 fans, which clocked in as the highest attendance for a match not involving Brazil.

This group of six played Tuesday through Thursday in order to determine the final four matches the coming weekend. Predictably, the matches earlier on in the week had lower attendance numbers than the following ones. Each following day had a significant increase with 127% and 144% more fans showing up on Wednesday and Thursday respectively. Surprisingly there was a drop in average attendance for the semifinals on Friday, but the home crowd came through on Saturday with five times the fans as last year’s final match in Poland.