Inside The Numbers: A Look at the VNL Women’s Preliminary Rounds 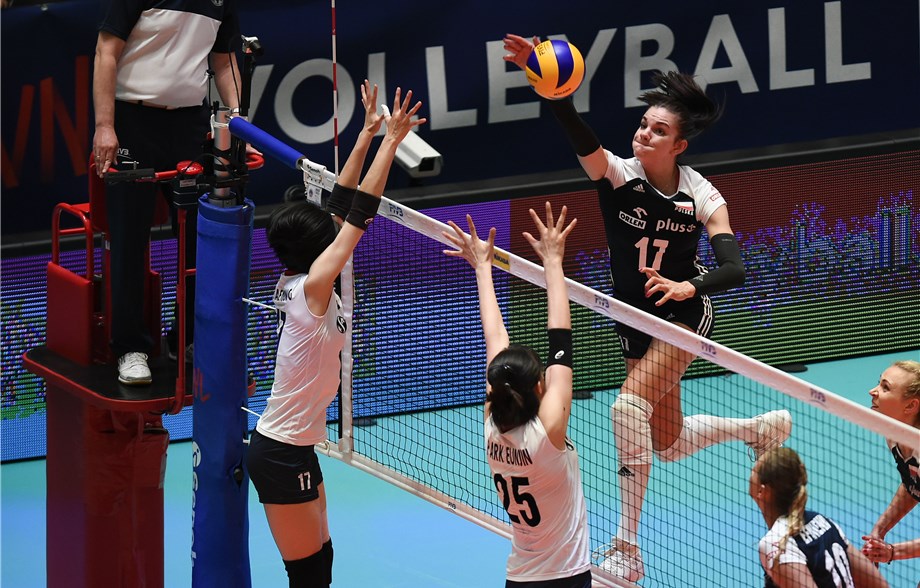 After 120 matches, 15 per team and several standout performances in women's VNL play, there was no question about who was the standout performer of the preliminary round: Poland's Malwina Smarzek Current Photo via FIVB

After 120 matches, 15 per team and several standout performances in women’s VNL play, there was no question about who was the standout performer of the preliminary round.

Poland’s Malwina Smarzek bested her nearest competitor by 111 points. Smarzek’s 361 point haul included 306 kills, 42 blocks and 13 aces. The outside hitter played in all 58 of the team’s sets in an eighth place finish at 8-7 (22 points).

Smarzek managed double-digit scoring in all 15 of the team’s matches, including 20 or more 11 times and 30 or more on three occasions. Her 39 points vs. Thailand on May 24 was the highest single-match tally of the tournament.

The finale match for Poland pitted the top two scorers in VNL play with the Dominican Republic’s Brayelin Martinez managing 17 points in the contest to end the DR’s campaign with 250 points. Martinez notched 223 kills, 19 blocks and eight aces.

Serbia’s Tijana Boskovic (238), Brazil’s Tandara Caixeta (231) and Germany’s Louisa Lippmann (224) rounded out the top five. Lippmann and Boskovic likely would have moved up the standings, but missed their teams’ last three matches. Caixeta did not play in the team’s finale vs. Italy as the team had already clinched its spot in the Final Six.

Caixeta and Boskovic each will have time to add to their tallies, but even with the Final Six matches ahead, it is unlikely that either will match Smarzek’s tally.

Poland and Brazil each boasted two of the top five blockers in the competition.

From the End Line

Poland also boasted the top server of the competition in Marlena Plesnierowicz with 24 aces (0.41 per set). Rounding out the top five were:

Bartsch-Hackley followed with 14 aces (0.30 per set) to rank sixth among all players.

Without a great setter to distribute the ball, the hitters would go wanting. The top court director in terms of assists per set was Belgium’s Ilka Van De Vyver (17.11 per set).

Belgium’s Celine Van Gestel averaged 1.93 digs per set to top all players, but a surprise inclusion among the top 5 is Team USA’s Kelsey Robinson, who didn’t take on the libero role until Match 3 of the tournament.

In sixth place on the defensive ledger is American setter Carli Lloyd with 1.60 digs per set.