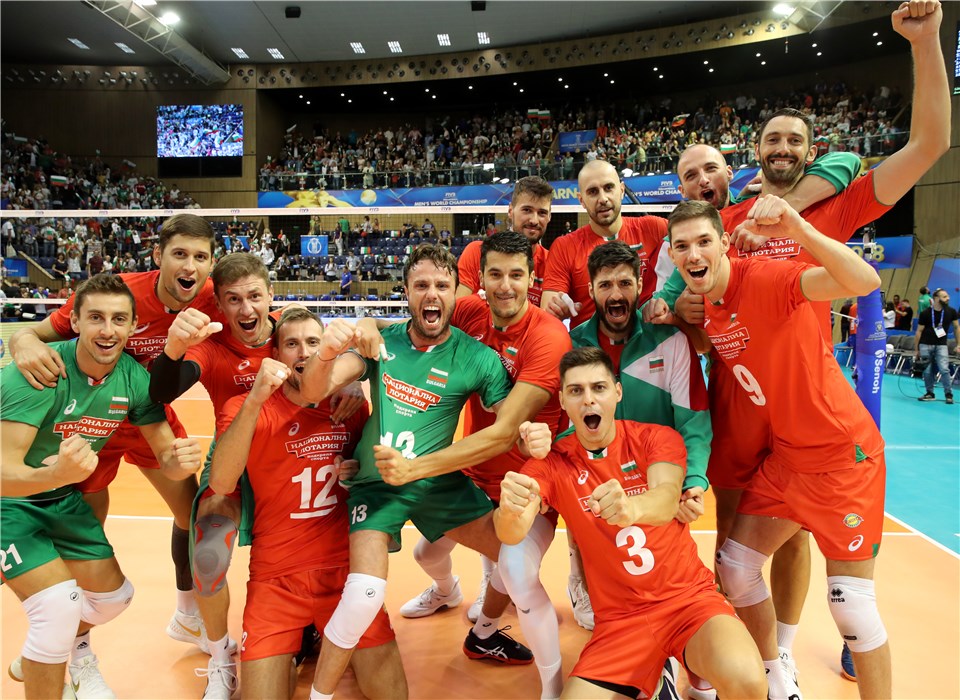 Bulgaria continues to roll in Pool D with a 3-0 win over Cuba. Current Photo via FIVB

A pair of NORCECA teams, Cuba and Puerto Rico, were eliminated from the tournament on Saturday. Cuba was knocked out in a sweep by Bulgaria, and Puerto Rico dropped a tight match to Finland despite a heroic effort from Maurice Torres. Despite injuries, Bulgaria has been putting a good foot forward in front of the home crowd.

While Bulgaria had already qualified for the next round, the entered the arena in Varna with purpose and delivered a 3-0 sweep over Cuba. Todor Skrimov re-aggravated his calf earlier in the week, and did not start in Sunday’s match. He entered the match as a substitute in each set but did not score any points. Nikolay Uchikov was the only player from Bulgaria to produce double-digit points with 17. He scored from 15 kills and 2 aces while hitting 55.6%. Valentin Bratoev scored 9 points on 6 kills, 2 blocks, and 1 ace. Nikolay Penchev contributed 7 points on 6 kills and 1 block from the outside.

Svetoslav Gotsev chipped in 9 points from the middle on 6 kills, 1 block, and 3 aces. The middle blocker posted a 66.7% attack average in the sweep. Viktor Yosifov also hit 66.7% on his way to 4 kills and 6 points overall. He also ended the match with a block and an ace. Georgi Seganov, who is replacing an injured Georgi Bratoev, set Bulgaria to a 48.1% efficiency in attack.

Cuba was led by Miguel Gutierrez and his 13 points on 11 kills and 2 blocks from the right side. Osniel Melegarejo put away 11 kills from the left pin in addition to service ace. Roamy Alonso led the match with 4 blocks and also contributed 3 kills in the defeat.

“I hope that I can play even better in the next games,” said Uchikov. “Sometimes you play your best but afterwards nothing goes well. Today I was in good condition. The whole team was extra motivated. We faced a very dangerous opponent but we were mentally calmed and game went to the best possible end for us.”

Maurice Torres, a new signing with Kioene Padova in Italy, was not able to fight Puerto Rico to their first victory despite his 37-point performance. He led the match with 32 kills and 4 aces. Torres also chipped in a block, but the defeat eliminated Puerto Rico from progression to the next round. Jonathan Rodriguez scored11 points in the middle on 9 kills and 2 blocks. Eddie Rivera came off the bench to score 10 points on 8 kills and 2 blocks.

Elviss Krastins led the way for Finland with 18 points from 17 kills and a service ace. He hit 58.6% in the tie-break victory. Urpo Sivula finished the match with 16 points on 14 kills, 1 block, and 1 ace. Antti Mäkinen Sakari contributed 14 points on 12 kills and 2 blocks for Finland. Sauli Sinkkonen led the match with 4 blocks. He also scored on 8 kills and 1 ace to finish with 13 points. Eemi Tervaportti set Finland to a 43.4% attack average.

After leading the match in scoring, Torres said,“This crowd was just incredible! It is fantastic for our sport to be supported by so many fans. So first I would like to thank them! The only thing I can say about the match is that we just missed its end.”