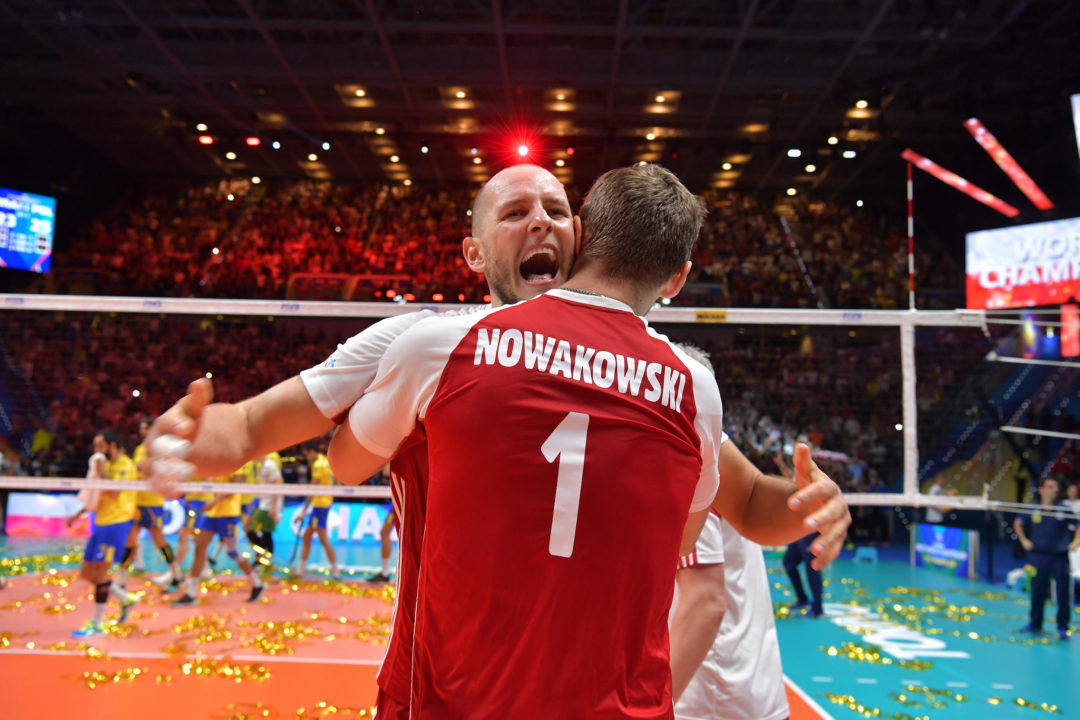 Poland won FIVB’s World Championship in 2014. But, when it was time to “validate” the title in the 2016 Olympic Games, the team was bounced from the tournament in the quarterfinals by Team USA, thus extending its godless Olympic streak to 40+ years (its last, and only, Olympic gold medal came in 1976 Montreal Games). However, Poland is poised to not have the same thing happen at the 2020 Tokyo Games.

To start things off, Poland won the 2014 WCH with a cast of stars at the end of their careers. Michał Winiarski, Paweł Zagumny, and Mariusz Wlazły, who played pivotal roles in Poland’s gold run, left the team right after the title and did not participate in the 2016 Olympics. The same thing will not happen this time around, as Vital Heynen led in Italy a very young squad, already aiming at the future.

The following 2018 gold medalists are so young, that they have at least 2 more Olympic cycles in them:

The team’s starting core should also be intact for the Tokyo Games, as Kurek and Kubiak are still only 30 years old:

Also, Poland has the best coach in the world in Heynen, a fact that cannot be undermined. He has repeatedly said that the WCH was never his goal, but that he came to Poland specifically to win an Olympic medal. A motivated Heynen is a powerful asset.

Lastly, and most important of all, in 2022 the Polish squad will have at its disposal the best volleyball player in the world, Wilfredo Leon. Although the youngster Szalpuk held his own at this year’s WCH, can you imagine if the team had at its disposal the Cuban high flyer working together with Kurek and Kubiak? Barring any kind of catastrophic injury, the Polish squad should be a lock for a medal in Tokyo.