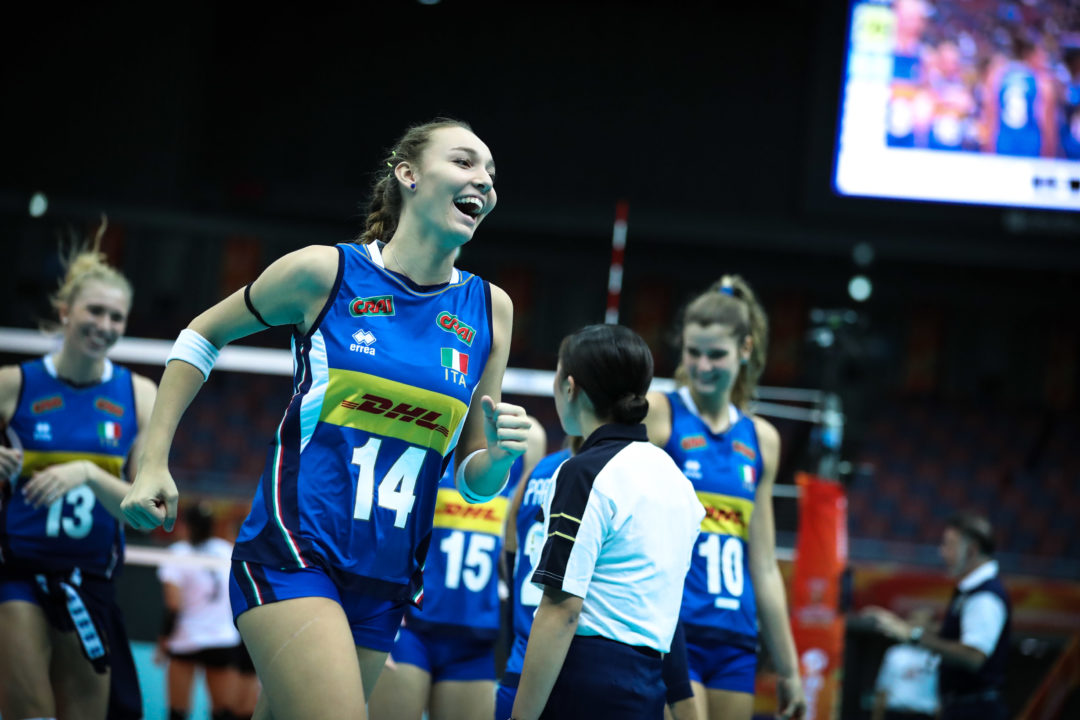 Italy was the only undefeated team remaining at the Women's Volleyball World Championships after Wednesday's matches. Current Photo via FIVB

Italy and China have joined Serbia as having clinched their spots in the Final 6 of the 2018 FIVB Women’s Volleyball World Championship tournament. Along with Serbia, who qualified on Tuesday and proceeded to lose their first sets, and match, of the tournament on Wednesday, with Tijana Boskovic on the bench for most of the day, that makes half of the Final 6 field set.

The remaining teams fighting for 2 spots in Pool E are Japan, Netherlands, and Brazil; while there are 2 teams fighting for 1 spot in Pool F: the US and Russia. The US, in spite of suffering their first loss of the entire tournament on Wednesday, is still on the brink of not advancing, depending on the outcome of Thursdays matches.

Teams Whose Fates Are Undecided:

Based on FIVB World Rankings.

While the way the schedule was set up left some uninspiring matches early in round 2, it has created lots of drama at the end.

In Pool E, Japan’s big win over Serbia was a huge boost to their chances.

Serbia and the Netherlands play first, so Japan and Brazil will know exactly what they need to do to advance.

To advance, the Netherlands needs:

(Brazil has a nearly-insurmountable lead in points ratio over Netherlands, but not over Japan)

To Advance, the United State needs: