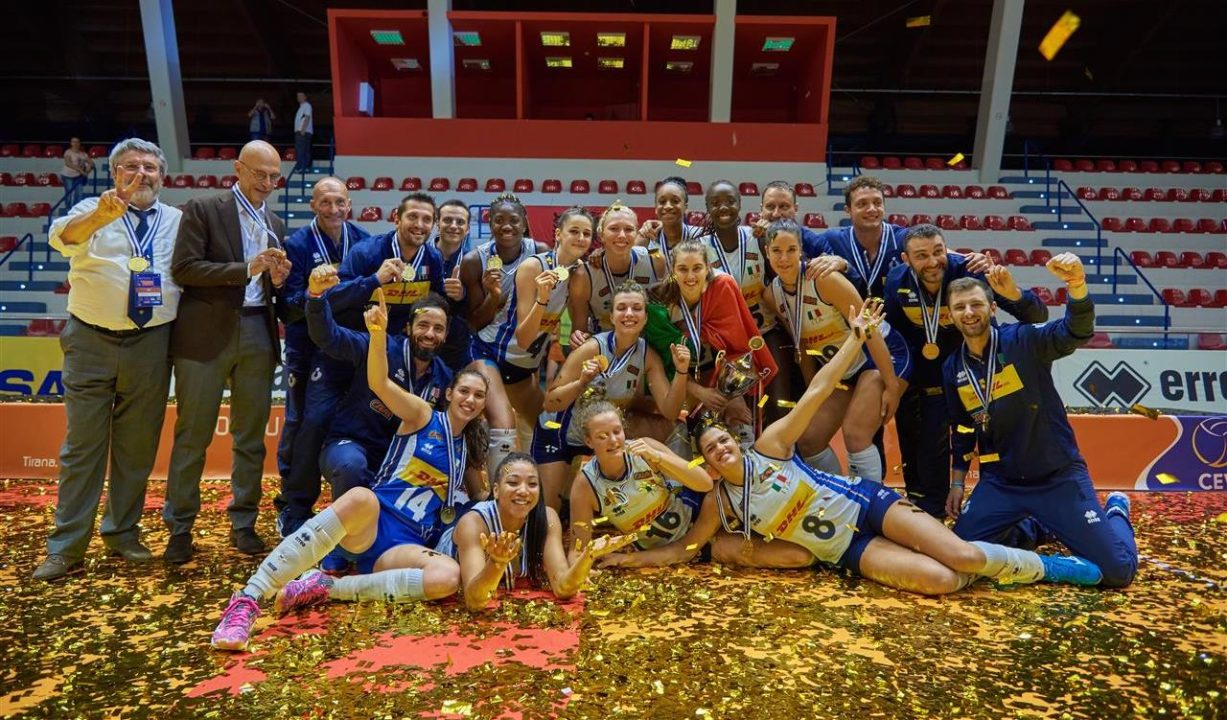 Italy and Russia highlighted a final for the ages, showing that the sport of volleyball can sometimes be very cruel, and yet very forgiving, depending in which side of the net you are on. There is no doubt that all the players involved in this instant classic will forever remember today’s afternoon for the rest of their careers.

Italy fought back from almost impossible odds to win gold at the 2018 CEV U19 Volleyball European Championship. After starting the game at full throttle, opening up a small but comfortable 15-11 lead, it allowed Russia to come back and close out the first set. The disappointing set loss must have taken out all of Italy’s energy, as the next set was almost a blow out, thus giving Russia the 2-0 lead. Then, the magic started to happen, as Italy saved two match points to win the third set at 26-24. It then went ahead to open up an 18-10 led on the fourth set, before the Russians tied it at 22. Not willing to let things transpire as it did in the first frame, Italy forced a tie break at 25-22, and went ahead and gritted its way to a 15-9 5th set win. Valeria Batista led the way for Italy with 22 points, while Tatiana Kadochkina scored 15 in the losing effort. Russia blocked an amazing 23 shots, but hit only 33% from the field as a team.

Massimo Bellano, head coach of Italy: “I feel good, most of all because of the girls. We started the summer with the wish to create a new group. I think that on Sunday we played as a team and we deserved this victory. Italy is the team of the first set, but Italy is also the team that showed character and came back after losing two sets.”

Alexander Karikov, head coach of Russia: “We showed much character in the first two sets, but in the last set we were empty. We let the emotions ‘eat us’, all of the sets we were chasing them in the score. On top of this, we had a difficult match on Saturday, so it had its impact on us. The future for these girls? It depends on them.”