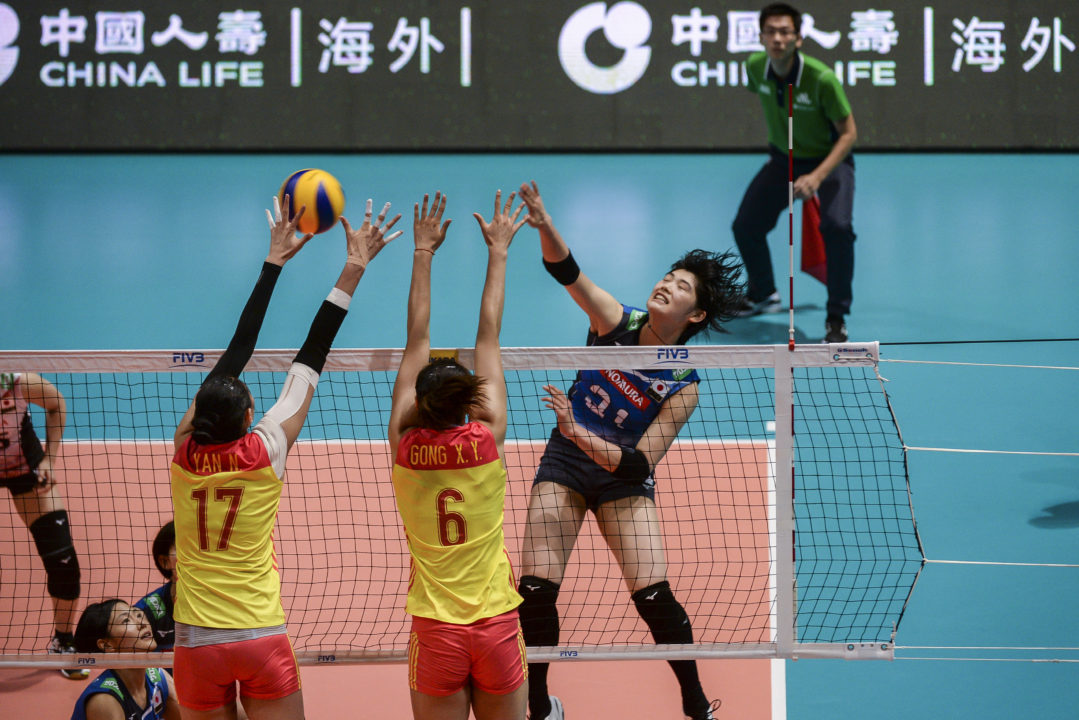 Italy overpowered Argentina in all facets of the game, outscoring the winless Argentines 75-49 in a Wednesday sweep.

Anahi Tosi managed nine points, all on kills, to lead Argentina. Antonela Fortuna chipped in six points, with five kills and a block. No other player scored more than three points for the Argentines. Florencia Reyes put up a team-best two blocks and a kill.

Italy coach Davide Mazzanti: “Unlike yesterday our team performed better today while Argentina made a number of mistakes. I am pleased with our performance but we still have to work to improve our game. When we have gained more experience, we will play better.”

Argentina coach Orduna Guillermo: “Congratulations Italy for winning today. Today we did not play well. We made a lot of mistakes in reception, serves and attack. Our team is a young team and the players need to improve for the next matches.”

China put up 12 blocks, while earning 24 points on Japanese miscues in a sweep over their Asian foes.

Zhu Ting led the way with 19 points (17 kills, 2 blocks) for China. Gong Xiangyu accounted for six of the team’s 12 blocks, while tacking on four kills to round out a 10-point effort. Liu Xiaotong, Yan Ni and Hu Mingyuan aided the team offensively with four or more kills. Xiaotong chipped in seven points with five kills, a block and the team’s lone ace, while Ni turned in four putaways and two stuffs. Mingyuan added five points, all on kills.