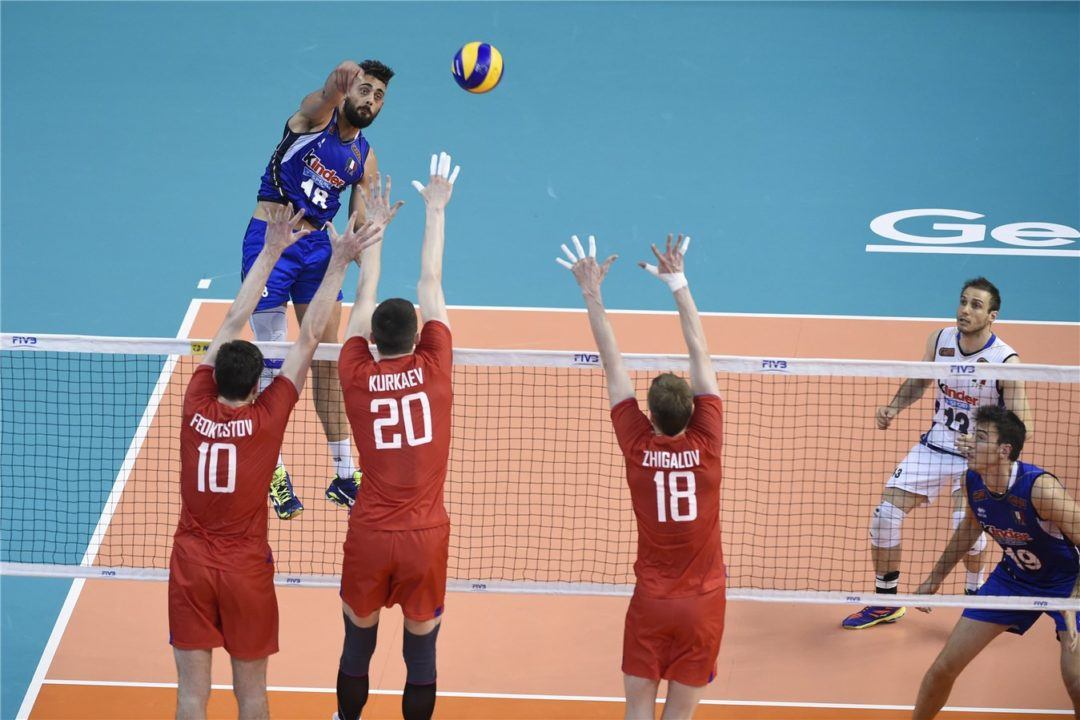 Giulio Sabbi of Italy is now just one of 40 players to join this high-level achievement at World League. Current Photo via FIVB

Italian opposite striker Giulio Sabbi joined an elite class of players to score 30 or more points in a match on Sunday.

Sabbi racked up 28 kills and three aces in a five-set loss to Russia, giving him a total of 31. That makes him just the 40th player ever to hit the that 30-point plateau in FIVB World League history – counting since the start of rally-scoring. Sabbi also becomes the second athlete to achieve the feat in 2017, as China’s Chuan Jiang logged 32 points in week one of Group 2 action.

Interestingly enough though, both Sabbi’s Italy and Jian’s China lost their matches in five sets to Russia and Turkey, respectively. The all-time record holder at the World League, Canada’s Paul Duerden, went one step further to hit the 40-point mark at 41; his team also lost in five sets to Spain in 1999.

The similarity of all the matches coming in five sets makes sense, as it provides more opportunities for swings and these players to tally more points. What is less intuitive is the fact that all three of these players scored big in losing efforts. This is actually a common trend in volleyball, however, because often these outrageous stat lines are caused by teams force-feeding one player, which becomes predictable.

Regardless of the loss though, for Giulio Sabbi, he joins special company as he etched his name in World League history with his offensive output against Russia. He will need to continue playing well next week if his Italian side wants to pull the improbable and win a couple of matches to sneak into The Final Six at the 2017 FIVB World League – the team is second-from-the-bottom of the Group 1 table with just 1 win in 6 matches.