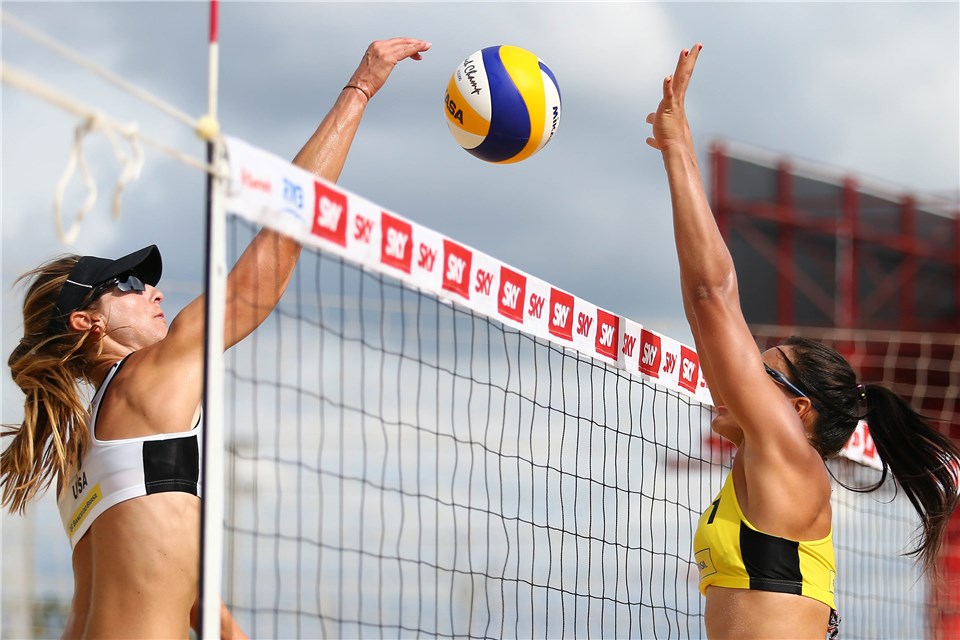 Americans Kelley Larsen/Emily Stockman and Emily Day/Betsi Flint were among the eight women's teams who made it through qualifiers to the main draw of the Itapema Four-Star on Wednesday. Three German teams highlighted the men's qualifiers.  Current Photo via FIVB

Eighty-five teams (45 women, 40 men) from 28 countries signed up to compete in the Itapema Open in Brazil, the host city’s first time in the FIVB spotlight.

Birlova/Ukolova and Menegatti/Giombini were eliminated in the first qualifying round, while Keizer/Meppelink earned a bye to the second round and took care of business with a 21-19, 21-13 win over Brazil’s Juliana/Andressa. Gallay and her partner Fernanda Pereyra moved on to the main draw after their Round 2 opponents withdrew due to injury.

Eiholzer/Steinemann knocked out Brazil’s Maria Clara Salgado/Elize Maia Secomandi for the second time this season, winning in straight sets to earn their spot in Thursday’s action.

On the men’s side, seven teams moved on, with three German duos leading the way. Just one of the three Brazilian teams vying for a spot made it through – Ramon Ferreira/Fernando Magalhaes, who outlasted Swiss pair Simon Hagenbuch/Quentin Metral in a tiebreak win to earn Ramon’s first FIVB main draw berth since 2015.

“To be able to celebrate your birthday and advance to the main draw in the same day is amazing,” Ramon said. “Fernando and I deserved it. I’m thrilled to be here and to win such an important match on my birthday. The tournament will be tough as there are several teams we don’t know well, but the atmosphere is fantastic and we want more.”

The lone American duo in the qualifiers, Reid Priddy/Jeremy Casebeer were knocked out by Wutzl/Fruhbauer in three close sets, 21-19, 19-21, 15-12.

Main draw play for the men and women begins on Thursday morning with pool play.