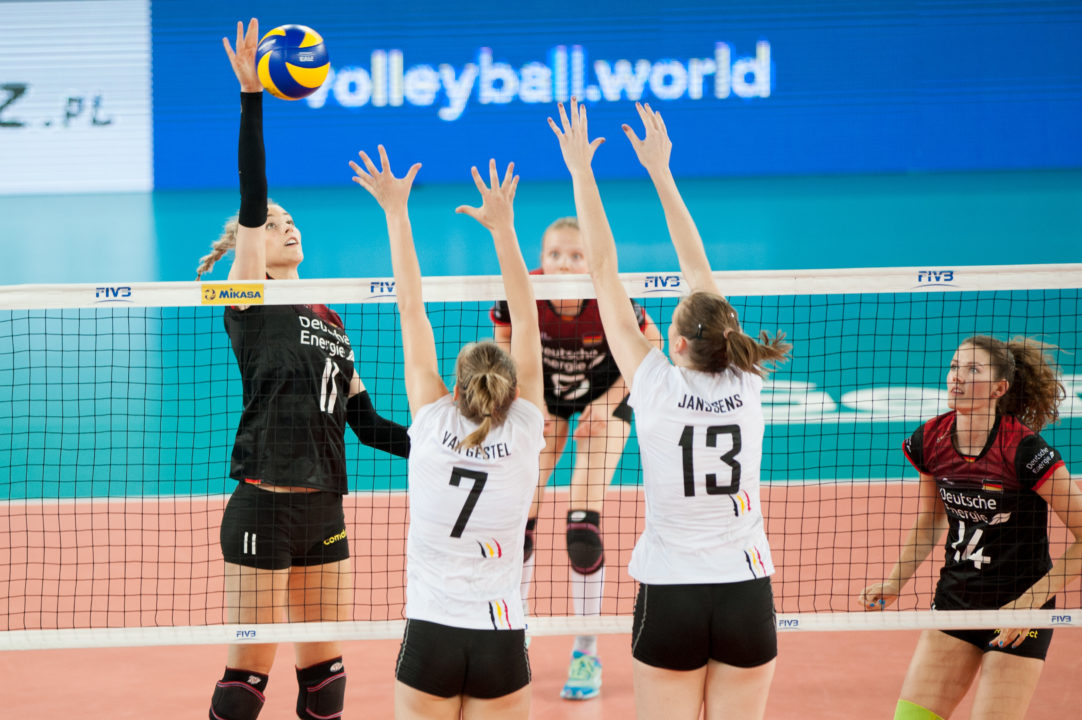 Germany's Louisa Lippman poured in 28 points to overcome double-digit efforts by four Belgian players in a four-set win, while Poland capped off Day 10 of VNL play with a quick sweep of winless Argentina as Malwina Smarzek notched 20 points. .  Current Photo via FIVB

Louisa Lippman poured in 28 points to overcome double-digit efforts by four Belgian players in a four-set win on Tuesday.

After dropping the first two sets, Belgium rallied behind Herbot, extending the match with a 25-22 victory in Set 3.

Lippman posted 12 points as Germany staved off a late Belgian charge and closed out the match with a 25-23 win. Germany followed Lippman’s lead to a 9-5 advantage in Set 4, but Belgium turned the tables with eight of the next 11 points to grab a 13-12 edge on a Herbots ace. After a tie at 16, Herbot tallied two kills to put Belgium in front 20-18. Again, Lippman keyed the German charge to the tune of a final 7-3 run. Herbot’s attempt to save match-point sailed long and gave Germany its’ third straight win.

Poland capped off Day 10 of VNL play with a quick sweep of winless Argentina as Malwina Smarzek notched 20 points.

Smarzek flexed her muscles early on with seven of the team’s first 11 points, including an ace, as the team jumped ahead 11-5. From there, Poland was rarely challenged.