Married Since 2012, Mazzanti And Ortolani Are Fighting For WCH Glory 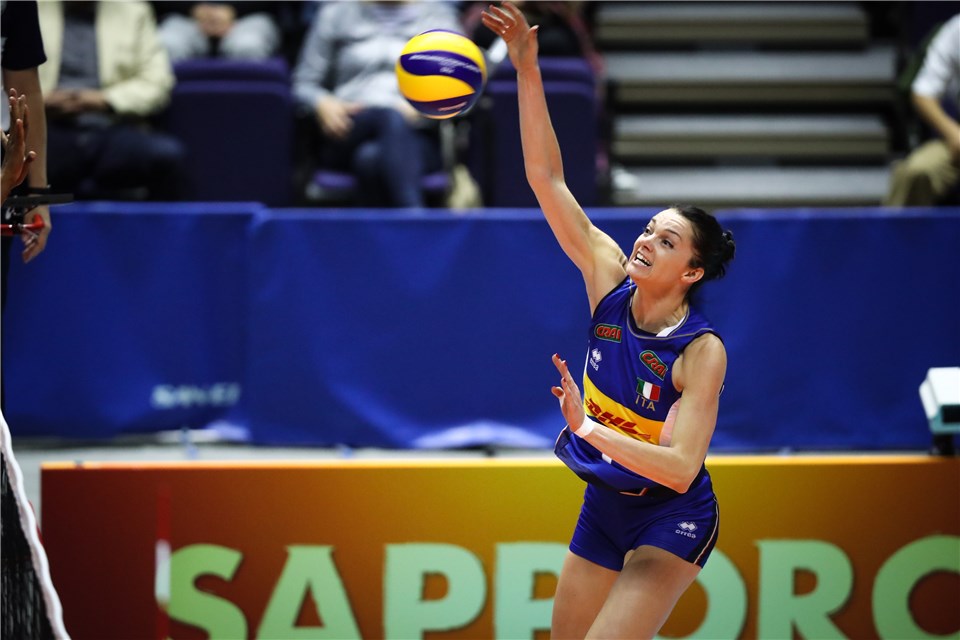 To those who don't know them, it's hard to imagine that Italian outside hitter Serena Ortolani and the team's coach Davide Mazzanti are actually a married couple Current Photo via FIVB

To those who don’t know them, it’s hard to imagine that Italian outside hitter Serena Ortolani and the team’s coach Davide Mazzanti are actually a married couple. The duo, who tied the knot in 2012, will now try to take Italy to the WCH podium after winning the Italian championship together in 2011, 2015, and 2016. They recently spoke to Gazzetta.it about the perks of mixing work and family in such a complex environment as professional volleyball:

“To think that I had always I would never date a player! One of the most frequent questions I get is, of course, what is it like to coach your wife. The only problem is if the team has a lot of rivalry within it, so my choices could be criticized on allegations of my relationship. This sometimes has happened in clubs, but never in the national team, as it is clear that Paola Egonu owns the outside position. As for locker room talk, at first I always went home after the games to let the girls blow off steam without the pressure of having their teammate’s husband with them. But as time went by, players told me to not trouble myself with that.” –  Davide

“At the beginning, in our first club, it was a little bit strange. But I got used to it. We have no problem at the locker rooms because I am often the first to question him if needed, so the other players feel at easy with doing it as well. But such moments are very rare, because Davide is very good at dealing with people. The fact that we share a career has made things easier for us. It is easier to find your soul mate among the people you are in contact with everyday. They know your needs.” – Ortolani

Although they got married in 2012, Ortolani says that the first sparks between them appeared way back in 2006, when she was with the senior national team and Davide was a coach in the team’s youth system:

“We used to flirt a lot, I remember when in 2006 we pranked one of the team’s physiotherapist by saying that we were together just so he’d have to keep worrying about not letting our secret out. Ironically, we ended up marrying in 2012!” – Ortolani

The couple has said that keeping a sense of humor during all aspects of their professional life is the key for their success in the relationship. According to Davide, this was the case even during his proposal:

“It was her birthday, so during training I made her angry by telling her that she was not committed to it, but of course, this was not true. In front of the team I asked her: ‘What do you want to do?’ She responded: ‘I want to win’. I said: ‘Do you want it enough?’. I asked her again until she screamed: ‘What the hell do you want from me?’ I said: ‘I want you to marry me, do you want to?” – Davide

Will the duo be able to reproduce their success at Bergamo and Conegliano now with the national team? The squad is currently 4-0 in the competition and is yet to lose a set.