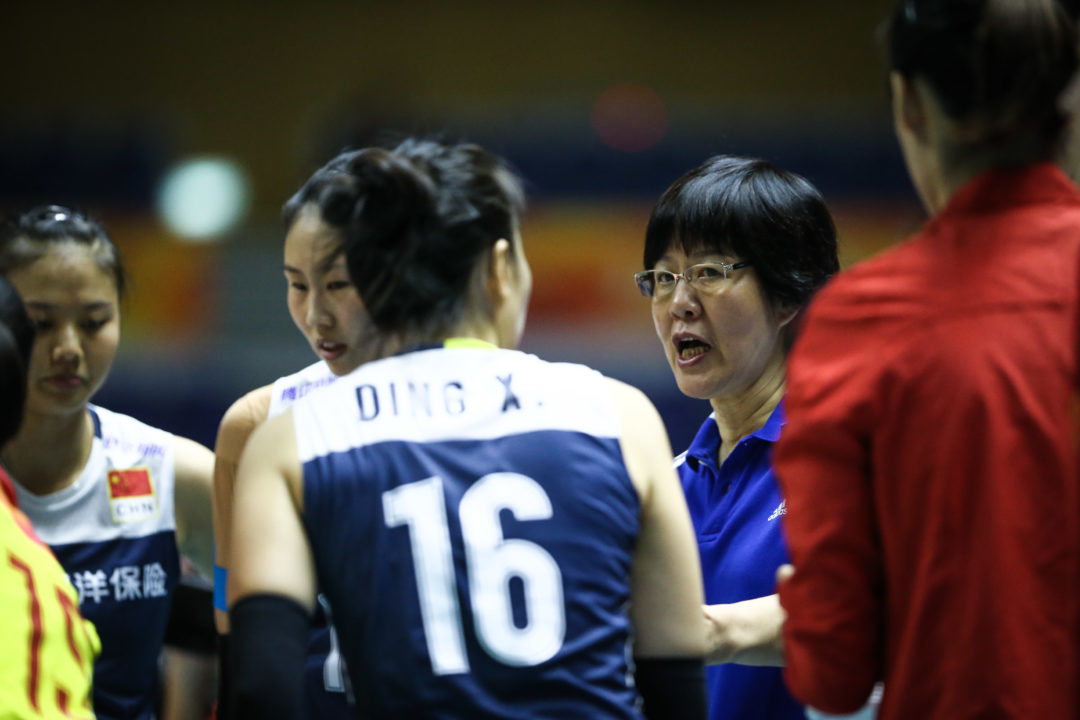 Ding Xia started China's match against Bulgaria on the bench with an injury, but after they dropped the first set, she was forced into action anyway. Current Photo via FIVB

With their big match against Italy on Thursday looming, China is still uncertain about their setter situation heading into the finale of the group stages.

“Ding Xia had a slight injury so I wanted to go with Yao Di but things weren’t working so well so we made the change,” Chinese coach Lang Ping said after Wednesday’s match. “But we weren’t performing badly because of the setter; everyone was playing poorly and we gave Bulgaria points. If we rely on one setter, the team will not be able to do well when the main setter is injured, so we don’t just want one setter.”

28-year old Ding is the more experienced of China’s two setters. She started the last 3 sets of the Olympic gold medal match in relief of Wei Qiuyue in 2016, and has been China’s primary setter in most big matches since, including during the Final 6 round of this year’s Nations League (where the 26-year old Yao wasn’t event on the roster). Ding also started and played the entire match in the Asian Games gold medal round against Thailand.

While both Italy and China have clinched their spots in the 2nd round with identical 4-0 records (they’ve combined for just 1 set loss in the tournament so far), Thursday’s match is crucial for determining which team wins the pool. The winner of the match, by any score, will be the top seed in their 2nd-round pool. Pool B is paired with Pool C (the women’s tournament is formatted differently than the men’s), meaning that the top 4 teams in Pool B play the top 4 teams in Pool C, regardless of order. Only points against other teams in the top 4 carry forward to the next round.

With preliminary round wins carrying forward to round 2, advancing from pool play undefeated becomes crucial to a Final 6 bid. In 2014, all teams with 5 wins (and one team with 4 wins) advanced to the Final 6 (where the records are wiped-clean). Winning all matches in the preliminary round means 3 wins that carry forward; which means that 2 wins out of 4 in the 3rd round all-but-guarantees a spot in the Final 6.