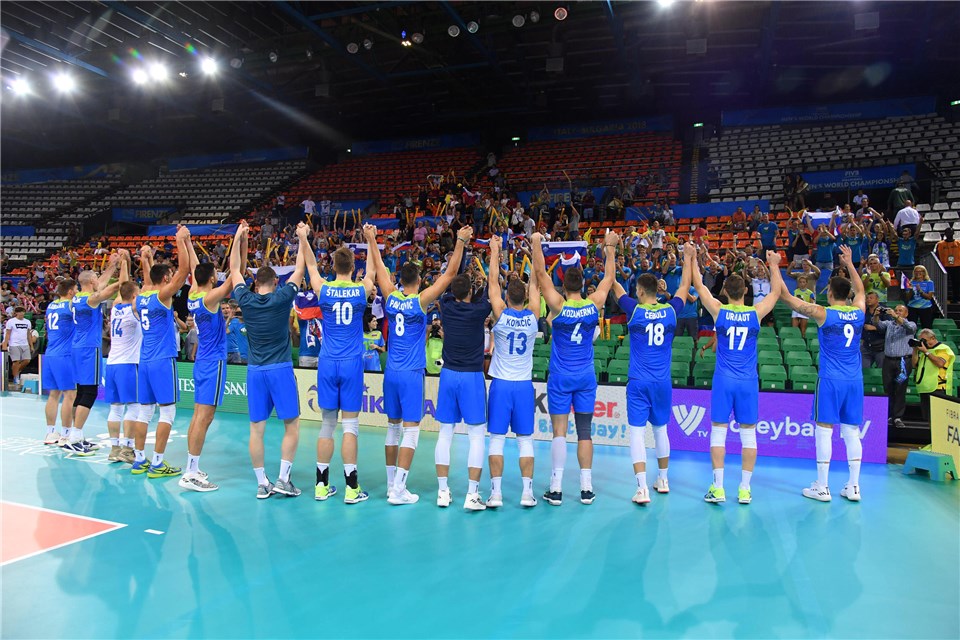 After Day 4, teams have begun to separate themselves atop the four pools.

Match of the Day: Slovenia vs. Japan

Despite swapping out liberos and utilizing 12 players in the match, Japan could not find an answer. Yuki Ishikawa did his best to carry the team with 15 points, including five in the Set 2 victory, but could not contend with a balanced effort by the Slovenians.

“Today we had the chance to win at least another set, but Slovenia played well in blocking and put pressure on us with their serve,” Japanese coach Yuichi Nakagaichi said. “Anyway, the competition continues and we have to focus on the next match.”

“We played good volleyball against a tough opponent,” Slovenian coach Slobodan Kovac said. “Now we must improve our serve in terms of making less mistakes; anyway our attackers did a good job and also our blocks were very effective, so I am happy with the performance of my team.”

After coming in as a key replacement in Set 3 of the Aussie comeback effort vs. the United States, opposite Lincoln Williams was tabbed as a starter vs. Cameroon and proved coach Mark Lebedew right on the call, amassing a match-high 22 points with 21 kills and an ace. Williams is now the leading scorer of the tournament with 43 points in the Volleyroos’ three matches.

The top 4 teams in each pool advance to the second round of the competition.

Slovenia will look to continue its ascent to the top of the group on Saturday when it faces Belgium. Meanwhile the Italians will have to fend off the Argentines fresh off a confidence boosting sweep of the Dominican Republic. Both results could go a long way to determining which teams move on.

France gets a much-needed day off on Saturday after playing three straight days. The team must watch however to see how the Canada and Brazil results pan out as they could find themselves in third place at the end of the day. The day of rest could not come at a better time as the team will have more recovery time for Earvin Ngapeth and Kevin Leroux, who both sat out on Friday.

The match of the tournament could come on Saturday as the top two teams in Pool C face off. A rested United States team needs to accumulate some points after two five-set victories, while Russia will look to solidify itself with a third straight win. A Friday match against Tunisia barely registered for the Russians, who were able to utilize their bench and still win handily.

With a three-way tie at the top of the standings, Poland and Iran will look to separate themselves from Bulgaria with victories over teams in the bottom half. Both had Friday off and should be ready to overpower their foes.