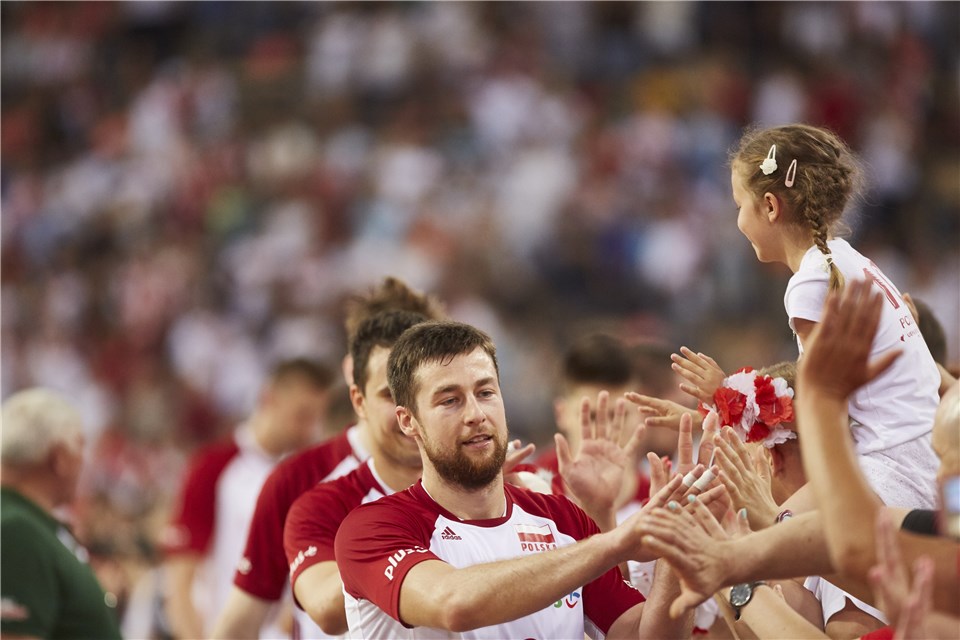 When all and said is done, people will mostly remember the image of Michal Kubiak raising the 2018 World Championship trophy over his head as Poland’s team captain. However, posterity will not take into account the fact that Kubiak had a very tough WCH run, which included time off the court with food poisoning and a nasty infection. Only weeks prior to the competition, he had to miss games in the VNL with a pink-eye as well.

However, reports have surfaced in the Polish media that Kubiak’s infection was much worse than we thought. His father was the first to expose the reality of the situation:

“I want to believe that the medical doctor knew what he was doing, sending him to battle with France and Serbia. However, I believe that my son’s health was downplayed. Michał, in principle, should have been hospitalized. Let me be wrong, but I’m afraid we will soon find out how much it really cost him to play in these games and win the gold medal. I knew that something was wrong. After the first phase of the competition, I gave an interview in which I was surprised that my son was not rested during the match with Finland. I think that when the trainer gets information that his player is ill, he should react. It should always be that players play healthy. Coaches should keep common sense and do not assume that only results matter. But he wanted to play at all costs. There was a rasp between us. I remember my son’s words: “I prefer to die on the pitch than on the couch. Dad, you have taught me that.”

“Now I have to heal. I do not comment on other people’s interviews, including my father’s. Everyone has the right to their own opinion and must be respected. Every father is worried about the health of their children, especially knowing the past of their health problems.”

Kubiak’s coach Vital Heynen was adamant in letting everyone know that despite the team’s growth through his illness, he never forced Kubiak to play:

“Unity was the key, we were always honest with ourselves, we were telling ourselves everything directly. It’s hard to admit, but there were crucial moments, like Michał Kubiak’s illness, but it built us. He had a high fever and was very ill. We have always made the decision in three – me, Michał and a medical practitioner. More importantly, my players always have a higher voice than my doctor has in such case. If I knew that any decision could have a long-term effect on Michael’s health, I would never take such a risk.“

Kubiak is now in Japan with his team, the Panasonic Panthers. We wish him a quick and full recovery.