Kansas Adds Three Transfers and One Freshman for 2017 Season 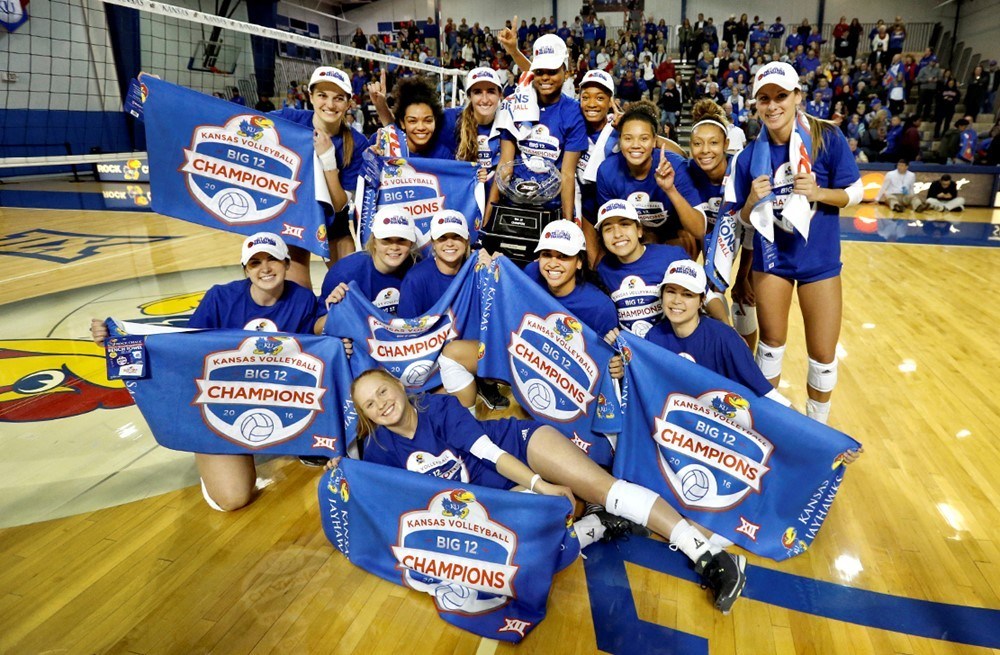 The Kansas Jayhawks are bringing in four newcomers in 2017, with three coming by way of transfer. Archive Photo via KU Athletics

Kansas rounds out the first dozen on the list:

Kansas didn’t have quite the same NCAA Tournament magic in 2016 that they had in 2015, but it was actually a better regular season. The team won the Big 12 championship for the first time in school history and entered the NCAA Tournament with the fifth overall seed. They won 27 matches and had just two losses before Creighton ended their season in the second round. In 2017, they will have the chance to be even better. Not only do they return a monstrous senior class, but they bring on four newcomers – three high-level transfers and one incoming freshman.

The most accomplished player that the Jayhawks added was Gabby Simpson, a transfer from Colorado. Simpson totaled 818 kills and 1,216 assists in her time with the Buffaloes as she can play both the opposite and setter positions. It’s unclear how Kansas will utilize her (with returning All-Americans at each of those positions), but for a player who was All-Pac-12 honorable mention each of the last two seasons, it would be a safe assumption she will have ample opportunity on the court.

The other two transfers that Kansas is tacking onto its roster are middle blockers: Taylor Alexander and Mmachi Nwoke. Alexander comes to Lawrence after three seasons at Ole Miss. Standing at 6’4″, Alexander should give KU length, depth and defense at the position, as she led the Rebels in blocks per set (0.92) in 2016. While she will have just one year left of eligibility, Nwoke comes in with three and gives the Jayhawks a future piece as well as an incoming player with Division I experience. Nwoke transferred after one season at Arizona State in which she appeared 65 sets, logging 54 kills and 45 blocks.

The lone incoming freshman is Annika Carlson, a 5’11” setter from Olathe, Kansas. She was a four-year letter winner at Olathe South high school and was named All-Sunflower League twice. In addition to her high school career, her prep career included playing with the club team MAVS, which also produced Tayler Soucie and Cassie Wait.

Speaking of Soucie and Wait, Kansas does lose the pair as the three-time All-Big 12 middle blocker and the Big 12 Libero of the Year will be sorely missed. The good news is that in addition to the newcomers, Kansas returns plenty, led by two-time AVCA First-Team All-American Kelsie Payne and another two-time AVCA All-American (First-Team in 2015, Third-Team in 2016) Ainise Havili.

With the returning talent along with experienced additions coming from the three transfers, we have Kansas ranked fifth in our Bit-Too-Early top 25.