My Journey To The Beach: Kerri Walsh Jennings 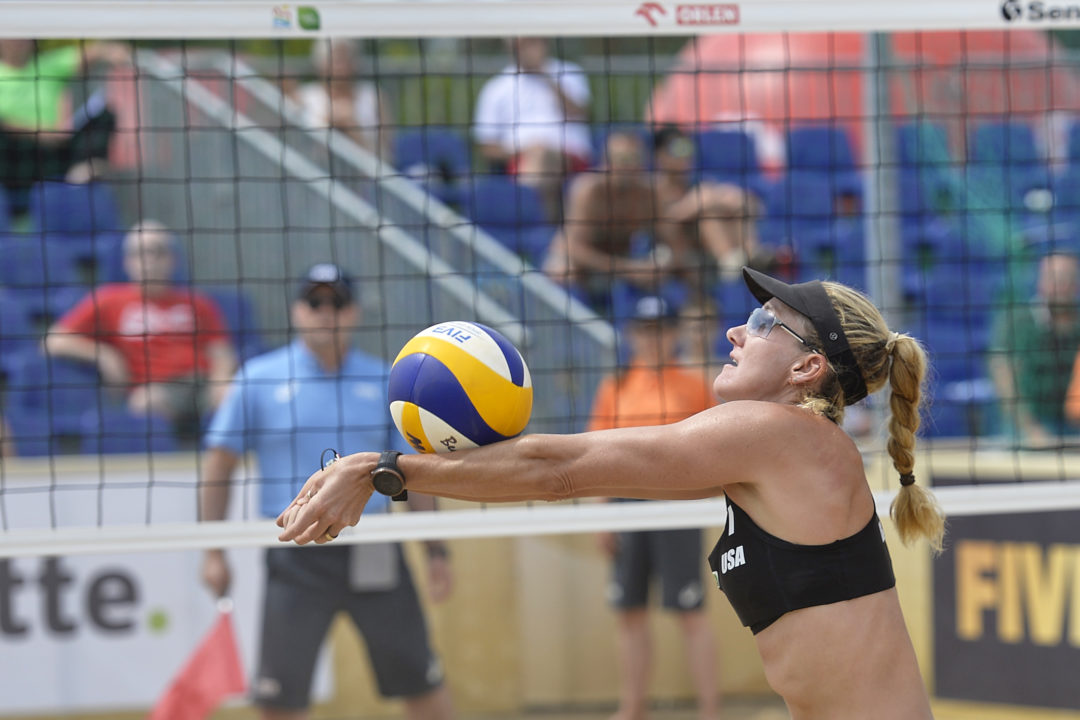 With one week until her 2018 court debut, VolleyMob shares our conversation with Kerri Walsh Jennings about her transition from indoor to beach and advice to those considering it.  Current Photo via FIVB

Back in February, Kerri Walsh Jennings shared her plans for returning to the beach after two off-season surgeries. Her eyes were firmly set on the Xiamen Four Star, April 18-22, in China.

“My shoulder feels great and I am going to start practice on March 8 with Marcio Sicoli, his staff and Nicole and I,” Walsh Jennings said. “My plan is to play in most of the four and five star FIVB events and then I will play in our P1440 event series, which there will be four, which will be a good schedule of competition. We need to get our points up for sure.”

Xiamen has been good to Walsh Jennings in her career with the three-time Olympian making the podium twice, earning gold in 2013 and bronze in 2016 with former partner April Ross.

Walsh Jennings and Branaugh, with whom she had teamed up in May after splitting with Ross, had hit their stride by season’s end, making the semifinals at the Olsztyn Four-Star in July, when Walsh Jennings suffered the shoulder injury. They were force to withdraw from the World Championships two weeks later.

During her recovery, the 39-year old has been busy launching a new venture, p1440, part pro beach volleyball tournament, part concert series, part health and wellness expo, and part online platform. In addition to sharing its start, Walsh Jennings also shared her goals for the sport and its up-and-comng athletes with us.

During our conversation with the beach sensation, we also discussed her sport, its inclusion in the NCAA and how she got her start. What follows is a snippit of Walsh Jennings’ journey to the beach and advice for those looking to make the jump.

There seems to be a disconnect in getting people into the game. With our My Journey to the Beach series on VolleyMob, we have tried to bridge that gap in explaining the transition from indoor to beach through those doing on the collegiate stage. What are your thoughts on that?

I think the fact that we are an NCAA incorporated sport is huge. That is going to make beach volleyball viable and relevant forever. Similar to indoor and how the numbers are there, it is so incredible, and yet we are pretty sick on the professional level across both sides of the sport.

The fact that you can get scholarships, I think that is huge. I think more athletes across the board, whether they are basketball athletes or soccer athletes, whomever, are going to start looking at beach volleyball more and more and therefore the sport of volleyball.

I think once the financials improve on the professional side of the sport, more people will look at it. A lot of indoor athletes won’t even look at the beach because they know they can’t make a living. But if you go play in Europe or go play in Puerto Rico or Asia, you can have a guaranteed salary, and that is something that the beach game doesn’t afford right now. So, we are fixing to change that and I believe that once we increase the financials and increase the opportunities to compete and climb up the ladder, that transition will happen more and more.

What tips would you give players looking to make the jump from indoor to beach, but aren’t sure about playing on sand or the skills necessary to make the transition?

I lived that for a long time. I was so afraid to look silly because I knew I would stepping from indoor to beach. I was very comfortable indoor and to move to beach, my ego was like no don’t do it. So, it is a little hypocritical for me to say this, but, on the other hand, I wish I would have sucked it up earlier: but, just try. It is the same sport skill level, but there are so many nuances that will make you very frustrated and that you have to give some time to develop. I would just say go out there and play and play and play. Play for fun, play to get your sand legs and then the subtleties of the sport, you will start learning. But, you can’t learn it from watching a video or reading a book, you have to go and experience it. It is worth the try because the lifestyle on the beach is so incredible and the opportunities on the beach are so incredible. And they are about to be made even more incredible with P1440.

I would say be curious, go out and try and play against boys, girls, adults, whomever. That is what I did when I came out and I felt largely like an idiot every single day and I was humbled every single day, but it was also a lot of fun. So, I took the humility and the frustration with a grain of salt, because I was having so much fun and I was growing. I would say suck it up and give it a good go, be patient with yourself and see where you stand a couple of months from now.

That is great advice as many players don’t try because think don’t think they can do it.

A – Change that attitude. I think it is so great to expect greatness from the start. I am a really big believer in high expectations, but it is like think of where you were when you started indoor. You didn’t just fall on top of the mountain. You have to work your way there. It is same with this, it is just feels a little different because you have had so much time in the sport. But ultimately it is a very new thing. Stick with it. 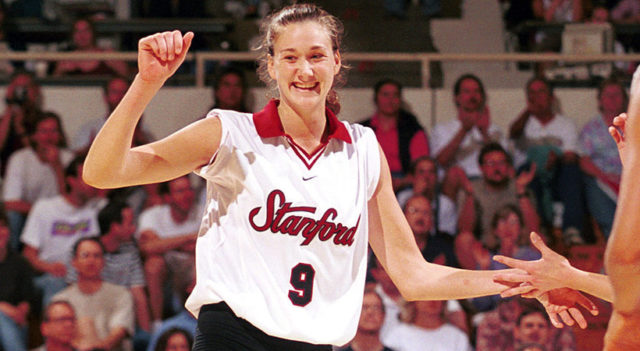 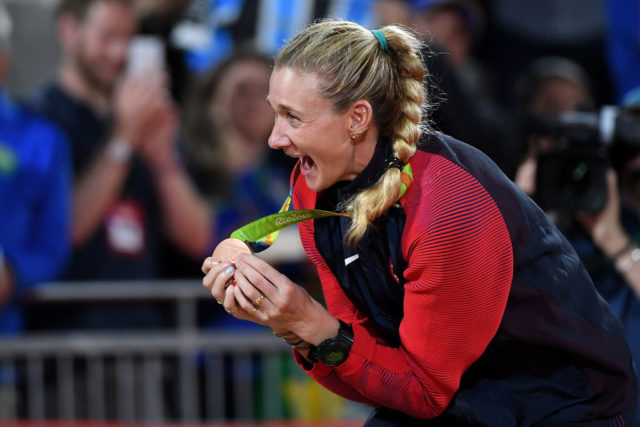 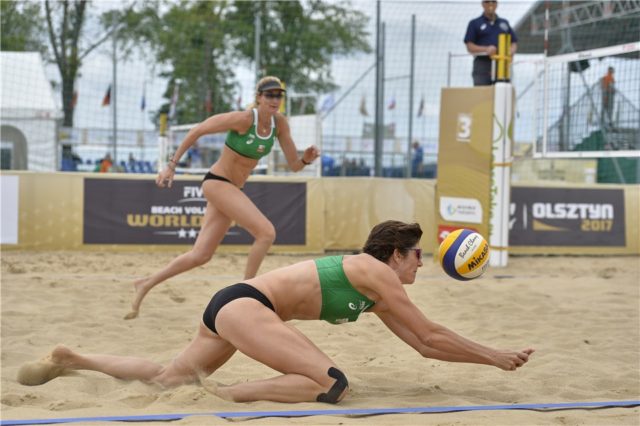 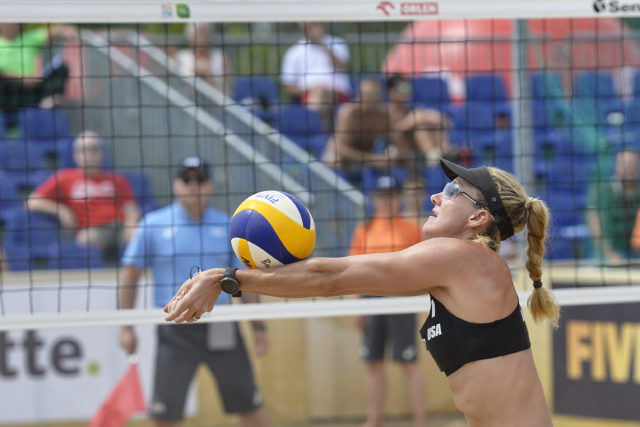