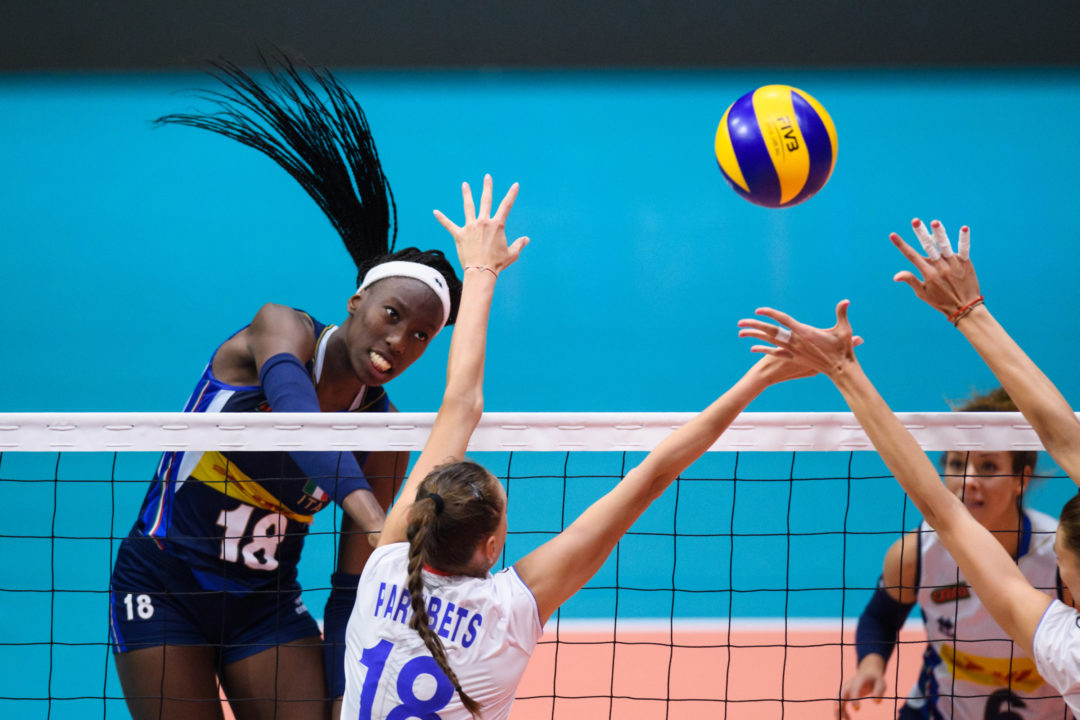 After losing matches to Turkey in the women’s Volleyball Nations League in Lincoln, NE and the Gloria Cup this past... Archive Photo via FIVB

After losing matches to Turkey in the women’s Volleyball Nations League in Lincoln, NE and the Gloria Cup this past summer, head coach of the Italian squad, David Mazzanti said that he’s not worried according to La Gazetta Dello Sport.

Roughly translated from Italian, Mazzanti said, “a month is missing, we are working on the leap in quality but I’m not worried.”

Although he wasn’t worried about the results from this past summer, Italy did lose 3-0 again to Turkey, this time in the Montreaux Volley Masters preliminaries.

In their first game Turkey won 25-13 followed by a close 26-24 victory and finally a 25-21 win to seal in the results. Italy did win all four of their remaining preliminary matches including 3-0 victories against both China and Switzerland. Both teams qualified for the final.

After a 3-2 victory against Brazil, Italy went on to play the first final against Russia, winning  3-0 to secure the tournament win.

In their last four matchups, Turkey has one three games to Italy‘s one. Italy topped Turkey at the 2018 Rabobank Super Series.  The win this weekend for Turkey intensifies the rivalry even more considering the two nations will face off on October 3rd in the preliminaries of the World Championships.

Italy is currently gearing up to compete at the FIVB Women’s World Volleyball Championships beginning September 29th in Japan. With the competition is fast approaching, Mazzanati seems calm about his team’s performance, “I think it was one of those weeks when nothing happened and we often went into trouble,” he told La Gazetta in its original Italian. “The first match is still a month away; we know the path we must take.”

Italy will be competing in several friendlies prior to the 2018 World Championships. They’ll be playing against the Netherlands on September 14,15, and 16.

“We know where we have to improve and where to grow…We need to be a little more resourceful to go get what we want. But I am confident that in the coming weeks we will take the last step that we lack.”