No. 11 Ball State Moves On to MIVA Semifinals 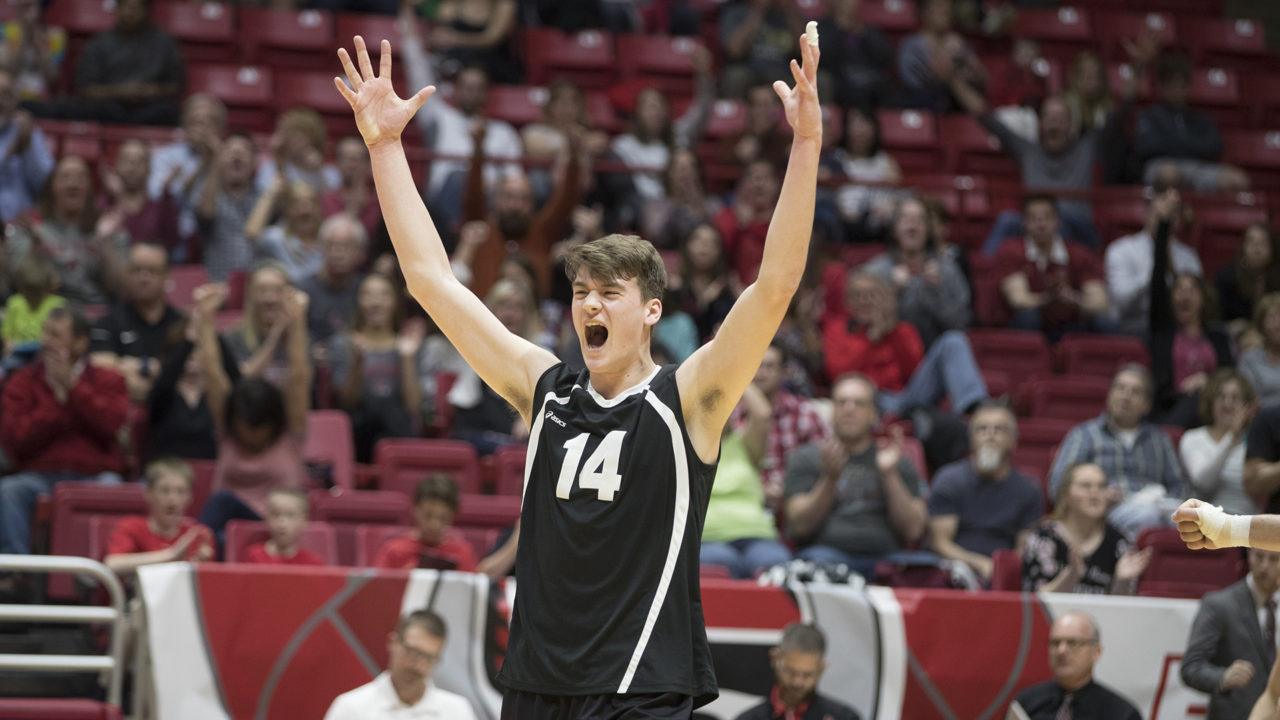 The Cardinals extended their season with a 3-1 win over Loyola on Saturday in MIVA quarterfinal action.  Current Photo via Ball State Athletics

In a fairly even match, Ball State edged the Ramblers .259 to .250 in hitting percentage and 7-6 in blocks, but tied with four aces apiece. Loyola hit over .400 in the first two sets before falling off late.

The Ramblers had three played reach double digits, led by senior outside Cole Murray’s 18, but could not to overcome the absence of mainstay Ben Plaisted, who missed the match with an injury. Murray hit .500 on the night and added seven digs and a team-best four blocks. Sophomore outside Collin Mahan managed 12 kills and four blocks, while junior middle Jeff Jendryk chipped in 10 putaways. Spohomore libero Avery Aylsworth pulled up a match-high 11 digs.

The teams were even at 9-9 to start Set 1. Loyola broke away, scoring five straight, including two aces and a block by Kyler Kotsakis. A kill and a block by Kotsakis pushed the Rambler lead to eight at 21-13. A Mahan putaways put Loyola on the hill and a service error capped the first set.

A pair of aces coupled with three Reardon kills and two by Weiler gave Ball State a 15-10 advantage midway through Set 2. Three Mahan kills and a few Cardinal errors cut the margin to four at 22-18, but BSU ended the set on a 3-1 run, capped by a Reardon ace.

Set 3 featured eight ties, the last at 15-all. BSU scored six straight on four Loyola miscues and a block to jump ahead 20-15. The Cardinals never looked back in a 25-18 win.

A trio of blocks and four Rambler errors put Ball State ahead 10-7 to start Set 4. Loyola tied it up at 10, but that sparked a 7-2 Cardinal rally, including kills from three different players. Down 17-12, the Ramblers surged to within one at 19-18 on an ace by Jake Freeman. The teams tied at 22 and 23, before BSU ended the night with bombs by Reardon and Swartz.

In the opening set, the Cardinals knocked down 11 kills for a .267 hitting percentage but fell to the Ramblers with a final score of 25-17.

The second set went to Ball State with a score of 25-19. The Cardinals had 13 kills for a .391 hitting percentage in set two along with four total service aces.

After nine tied scores and four lead changes in the third set, Ball State was able to take the set, 25-18. Reardon knocked down five of the team’s 12 kills in set three.

Swartz tallied a team high three kills in the fourth set, including the match winning kill. The Cardinals took the final set with a final score of 25-23.

The Ball State men’s volleyball team (19-9, 10-7 MIVA) advances to the MIVA Tournament Semifinals, which will be played Wednesday, April 19.

Cole Murray tallied a career-best 18 kills, and added seven digs and four blocks, but it wasn’t enough as short-handed and fifth-seeded Loyola University Chicago drooped a 25-17, 19-25, 18-25, 23-25 decision to fourth-seeded Ball State (19-9) in a Midwestern Intercollegiate Volleyball Association Tournament quarterfinal round match tonight at Worthen Arena. The loss ends the No. 12 Ramblers’ season at 16-12 overall and this is the first time since 2000 that Loyola has bowed out of the MIVA Tournament in the quarterfinals.

Playing without an injured Ben Plaisted, who leads the team in kills, Loyola broke a 9-9 tie by reeling off five unanswered points as part of an 8-2 run that gave it a commanding 17-11 lead. Kyler Kotsakis, who was making his first career start in place of the injured Plaisted, had four kills in the opening set alone and two aces and a kill in the 5-0 spurt. Loyola’s lead would grow as many as eight points and it would coast to a 25-17 victory.

No. 11 Ball State picked itself off the mat and jumped out to an 8-4 lead in the second set, never looking back en route to a 25-19 victory that knotted the match up at 1-1. A kill by Paul Narup and then a Narup/Collin Mahan block got the Ramblers within 15-12, but they would get no closer the rest of the set.

Loyola charged out to a 7-4 lead at the outset of set three before Ball State rallied to tie things up at 10. The Ramblers held a slim 15-14 advantage but then went cold, recording five straight hitting errors that allowed the Cardinals to open up a 19-15 edge and BSU coasted to a 25-19 win.

Loyola found itself in a precarious position, down 19-14, but tallied four consecutive points, the last coming on a Jake Freeman service ace, to close within 19-18 in the fourth set. After Ball State countered with back-to-back points to push its lead to 21-18, , the Ramblers showed their mettle, refusing to go down without one final push. Loyola used a 4-1 spurt to tie the set at 22 on a Cardinal attack error, but Ball State closed out the set by recording three of the final four points to earn a 25-23 victory and earn a trip to the MIVA Tournament semifinals.

Loyola loses just two players from this season’s team that finished 16-12 and will welcome back five starters, plus libero Avery Aylsworth.