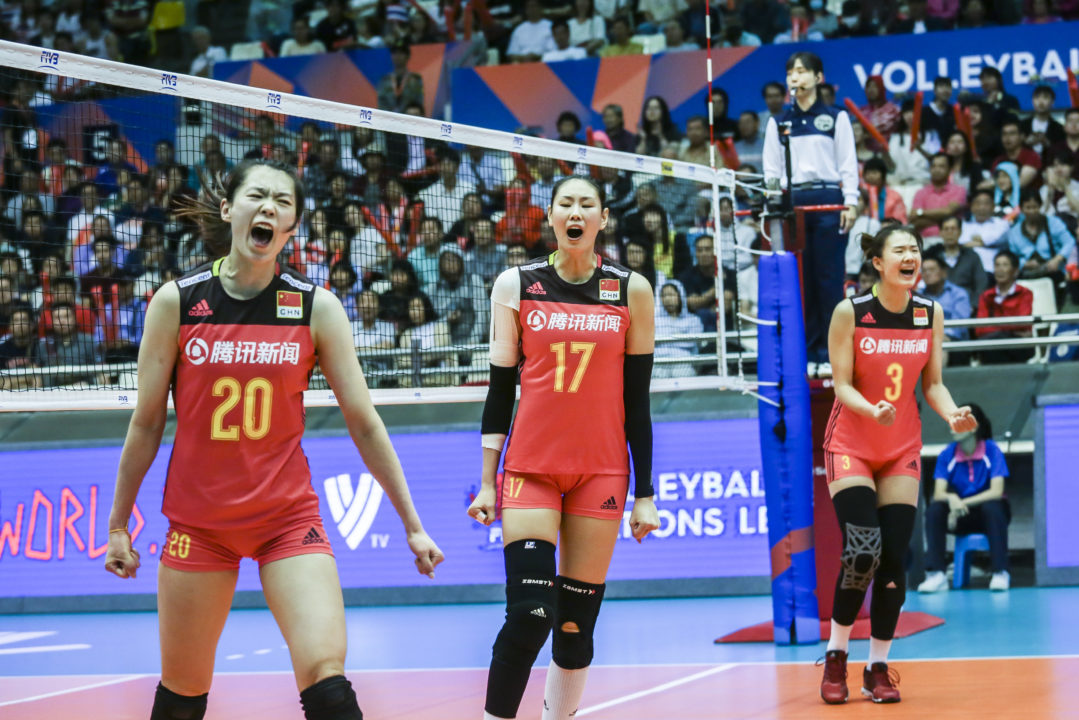 Poland continued its blocking prowess, but it was not enough to defeat the No. 3 Serbs, who rested star Tijana Boskovic in a 3-1 win. Blocking and serving helped top-ranked China snap a two-match losing streak with a four-set win over No. 16 Thailand as Li Yingying watched from the bench. Current Photo via FIVB

Poland continued its blocking prowess, outdoing Serbia 11-9 at the net, but it was not enough to defeat the No. 3 Serbs, who rested star Tijana Boskovic.

Malwina Smarzek led all hitters with 18 points, racking up a team-high 15 kills to go with two blocks and an ace for Poland. Captain Agnieszka Kakolewska added 15 points, including a team-leading five blocks and two aces. Six other players tallied three of more kills, including substitutes Maryna Lukasik and Julia Nowicka, who each tallied three in three sets of work off the bench.

Poland earned a set-point try in each of the first three stanzas, but could only convert in the opening frame.

Serbia coach Zoran Terzic: “Poland has become a much better team. It is a very important win today as we did not play Tijana Boskovic and it shows that we have many other good players in our team. Poland played with a great tempo and for us it is important that we played much better today compared to yesterday, and we hope to keep improving as the VNL progresses.”

Poland coach Jacek Nawrocki: “For us it is an honor to be able to match the level of play of the Serbia team because they are a much better team than us. We fought for every point and I think we played well especially in the first two sets. We had a chance to get a two-set lead but we made some tactical errors towards the end of the second set, and in the third set we also made some bad decisions in our play. Overall I am satisfied with my team’s performance and it is a pity that we were unable to match Serbia until the end.”

Poland captain Agnieszka Kakolewska: “We gave 100 percent in the match and had a chance to win, but the way we played at the end of the sets showed our lack of experience at this level and this is reflected by the final scoreline.”

In a match that included two deuce sets, it came down to blocking and serving as top-ranked China snapped a two-match losing streak with a four-set win over No. 16 Thailand.

While the Thai team registered five more kills (56-51), that was offset by the error differential (25-20), leaving the remainder of the points to be decided in an 11-7 Chinese advantage in blocks and a 9-7 lead in aces.