Serbia Joins the USA and Brazil in the Semifinals, Italy in Trouble 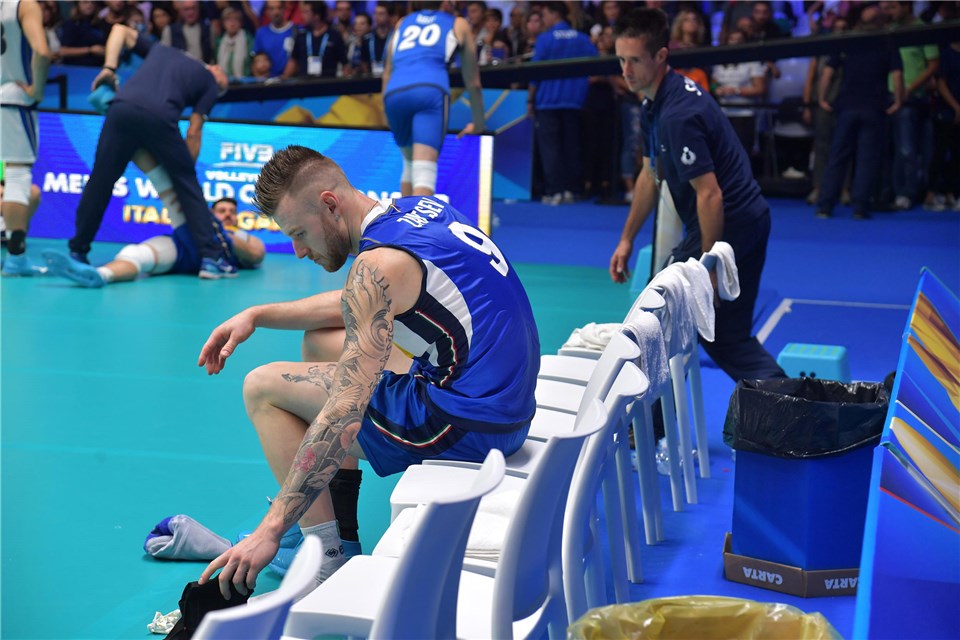 Ivan Zaytsev and Italy have a monumental task ahead of them on Friday in order to reach the semifinals.  Current Photo via FIVB

Coming into the match against Poland in Pool J, Serbia just had to win set in order qualify for the semifinals. They ran into a formidable opponent in Poland, who did not allow them to win a single set in a 3-0 (28-26, 28-26, 25-22) sweep.  Serbia’s dominance over Italy on Wednesday helped pay dividends for the Serbian squad right away. Even with the straight-sets loss, their points ratio is enough to see them through to the semifinals.

With the United States and Brazil already in with Serbia, and Russia eliminated, what does that mean for the rest of the field? There is one spot open in the semifinals. That spot will come out of Pool J. Neither Poland or Italy are eliminated, and the two teams play each other on Friday for the right to continue towards a World Championship.

Does the winner of the match claim that last spot? That is not necessarily the case. All Poland has to do is take a set from Italy. Once they have done that, they will have secured advancement in the competition. Though getting a sweep against Poland is a tall task in itself, the difficulty will be even greater for Italy because they have to gain an advantage over Poland in the points ratio.

Since Serbia beat them so handily on Wednesday, Italy must not only win in straight sets, but they must keep Poland under 60 points for the match. Remember that Italy started the tournament with a 7-1 record. Their only loss in the First or Second Rounds came in a tie-break to Russia. Many critics of the tournament’s format felt that Italy got the most favorable draw and schedule in the Final Six. Though even after more than two weeks of success, a dreadful outing has put them in serious danger of being eliminated at home.