Fluminense Pulls Huge Upset Against Osasco. Round 5 of Superliga Recap 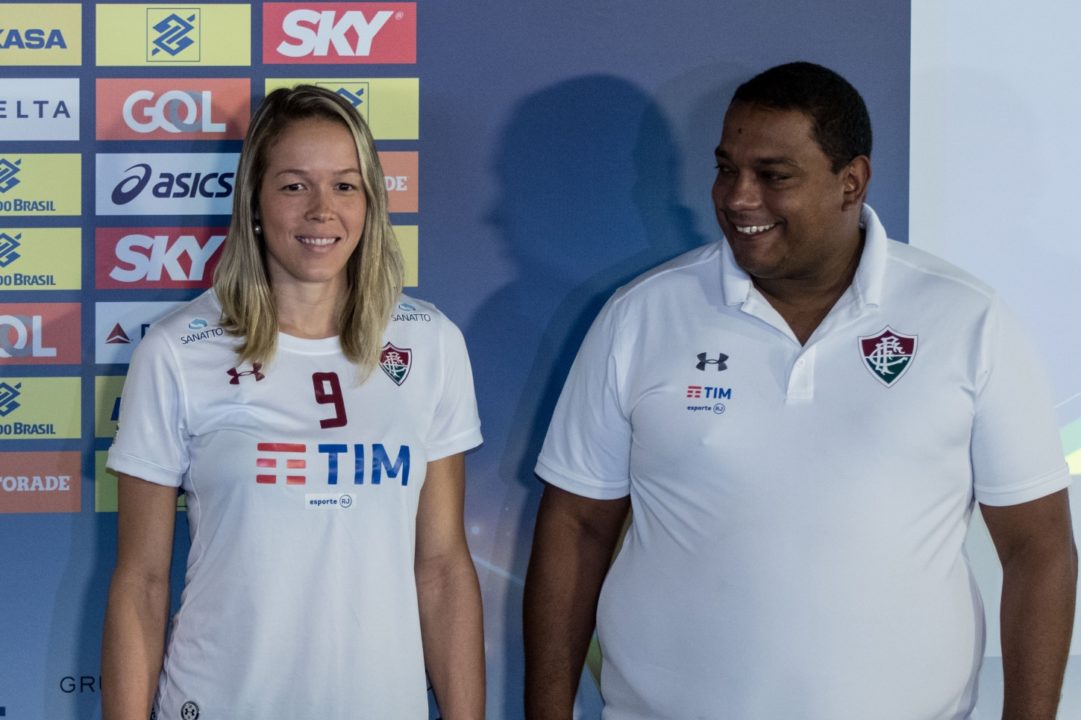 After investing heavily into its roster for the season, will Fluminense finally start showing some results?  Current Photo via CBV

This round of games saw the playing field start to get organized in what we projected would be their eventual spots in the standings. The fight for better playoff placement, though, is only starting, as Hinode is makings its up way up the field after a rough start, and Osasco‘s surprising loss at the hands of so far underachieving Fluminense, highlights a battle for standings supremacy. Below you’ll find all information from the round’s match-ups:

Team of The Week: Fluminense

Prior to this round, Fluminense was going through the worst scenario imaginable in Brazilian volleyball. Having played four games with only one win, it looked as if Fluminense would be that  team that heavily invested money in its squad in the off season, only to see its efforts result in a fight against relegation. The huge come back from behind win against Osasco, which was unbeaten prior to this game, breathed much needed air into the team, which it certainly hopes will mark a turnaround in their season, which currently sees them occupy the standings 9th spot, currently out of playoff contention.

Player of the Week: Mayhara Silva

When Ana Carolina da Silva left for Turkey, many wondered if Mayhara was up to the task of taking over the national teamer’s spot in Sesc/RJ‘s middle block position. Not only is she showing she was up to the task, she is also putting up monster numbers. This time around, she blocked 9 attacks in a four set game, a very rare feat, while also leading her team with 24 points on 15 for 22 hitting. She is hitting 64% for the season, while also blocking 0.94 attacks per set, good enough for 4th place in this skill’s standings.