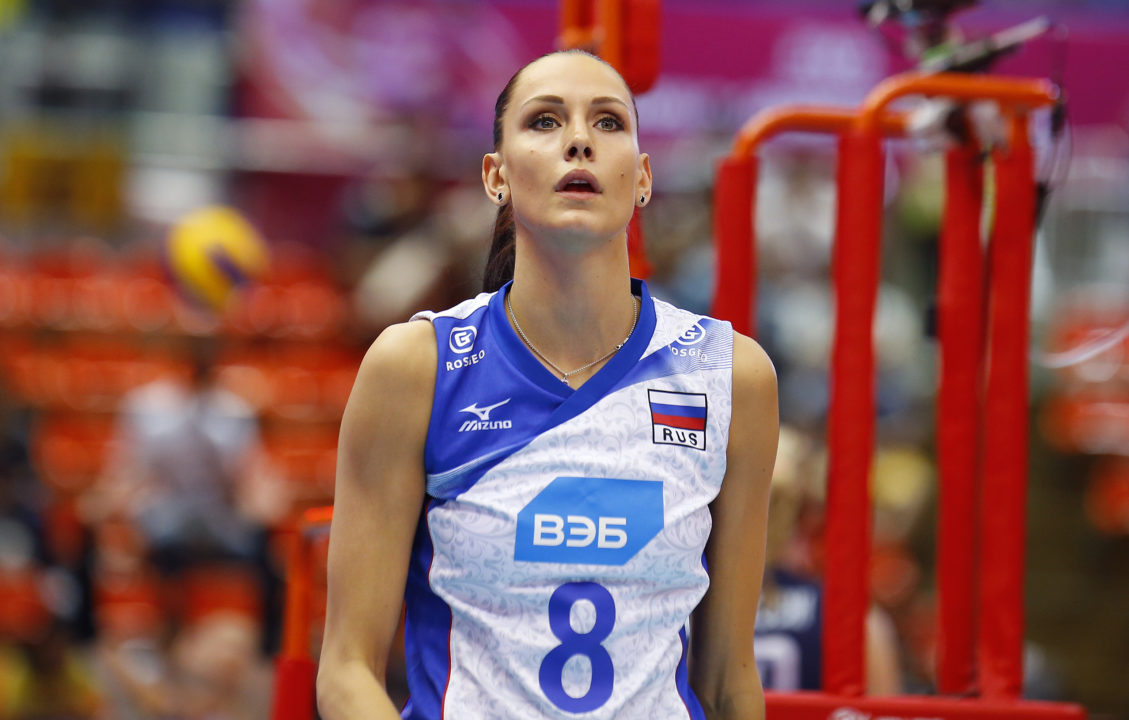 The World Championships' leading scorer, Nataliya Goncharova, is out for the rest of the tournament with an injury. Archive Photo via FIVB

Russia, already teetering with the absence of Tatiana Kosheleva from a March knee injury, began the 2nd round of the 2018 FIVB World Championships on Sunday morning in Japan without their top scorer Nataliya Goncharova. She has suffered what is being called a ‘serious injury’ to her left (non-hitting) shoulder and could be out for the remainder of the world cup.

Gonchorova scored 36 points in the team’s last match of the preliminary round on Thursday against the United States. The Americans won that match, but afterward Gonchorova told media that she thought Russia played the best of the two teams that day.

Some reports say that Gonchorova is out for the tournament, though Russian coach Vadim Pankov said after the match that he could not say when she would return.

She was the leading scorer of all players in the first round, recording 119 points in 19 sets played by Russia (6.2 points/set).

Anna Kotikova, who is a week away from her 19th birthday, started in Gonchorova’s place on Sunday morning against Turkey in Osaka. Turkey, who took silver at the Nations League tournament earlier this summer, hasn’t played as well at these World Championships.

This is terrible news.

When will she recover from this ingury?

Hearing 3 weeks, so should be back in time for the pro season.