Sivula: Finland “Played Good Volleyball for Only 20 Minutes” vs. Dutch 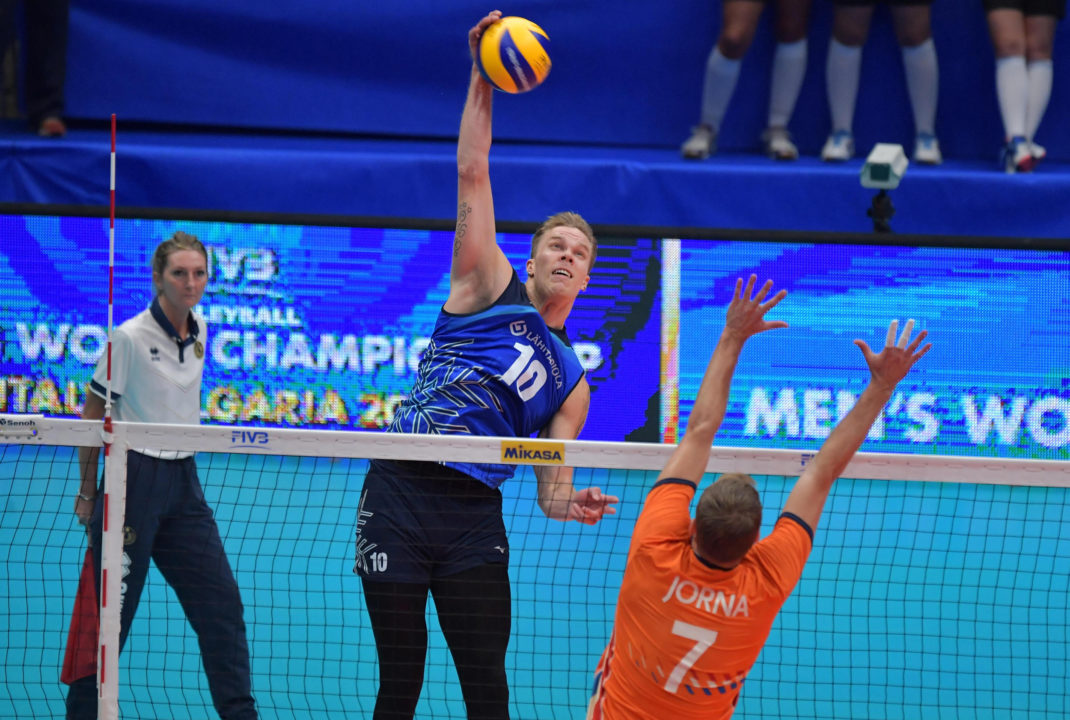 Outside hitter Urpo Sivula lamented that "Finland played good volleyball only for 20 minutes and this is not enough when you are competing in a World Championship," after the team's 3-1 loss to the Netherlands which knocked the Finns out of contention.  Current Photo via FIVB

Finland dropped out of contention for the FIVB Men’s World Championship title with a Saturday loss to the Netherlands.

Outside hitter Urpo Sivula, who has been a member of the Finnish national team since 2006, did all he could to aid the team in the match, turning in a match-high 23 points. He downed 20 kills and added two blocks and an ace, but didn’t get enough help from the remainder of the 10 players who saw action in the match.

Sivula lamented the loss and the fact that the team was outdone especially over the final two stanzas.

“Obviously there is great disappointment,” the 30-year old said. “Even if I played well, this does not make me happy since my team lost. Finland played good volleyball only for 20 minutes and this is not enough when you are competing in a World Championship.”

Finnish coach Tuomas Sammelvuo shared Sivulo’s disappointment, but credited a lack of energy as well as the Dutch team for its role in the match.

“After the first two sets we really believed we could make it” Sammelvuo said. “Maybe if we had kept up the same energy we put in the second set, we could have reached a better result. Unfortunately we ran out of strength, especially our attacks became weak and our opponents, instead, grew in intensity and organized better their defensive line.”

Finland finished ninth at the 2014 World Championships after failing to qualifying for the tournament from 1986 to 2010.