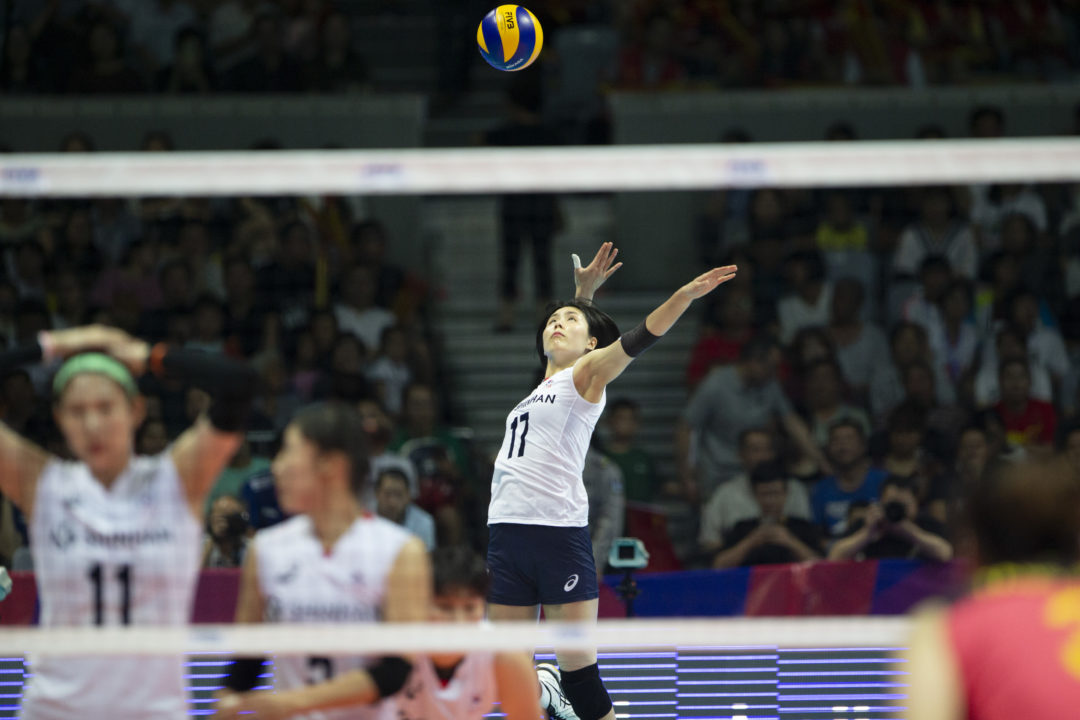 Lee Jaeyong had her best match of the tournament to lift South Korea to victory. In the other match, Belgium got their 2nd win - against the Dominican Republic. Current Photo via FIVB

The wheels came off the bus for China on Thursday, after two days of dominance in the 2018 FIVB Women’s Volleyball Nations League opening stop. Their young team was upset by South Korea 3-0, giving the Chinese their first set and match losses of the tournament. In the other half of the pool, Belgium knocked off the Dominican Republic 3-2 for their 2nd win, and more importantly a crucial victory over a fellow challenger team. That sends the DR to 0-3 with 2 points, while Belgium has 2 losses and 5 points, which gives the latter a significant edge (albeit early in a very long tournament) on the path to the relegation tournament.

In a match where no one set was really competitive, Belgium had the most momentum at the end of the day, winning the last two sets to pick up 2 crucial points in the battle to survive next year. Belgium now has more wins through 3 matches than it did in the last two editions of the FIVB World Grand Prix combined.

“We are challengers here and it’s important for both sides to stay in the league,” Belgian coach Gert Vande Broek said after the match. “For us, it’s important today to claim the victory and make it more possible for us to stay. But the Dominican Republic is a very good team, I am sure they will improve their level and stay with us in the league next year.”

It was again Britts Herbots who led Belgium in scoring in the match – so far in this tournament, when she has, they’ve won. She had 28 points on Thursday, with 25 out of 58 hitting (43%). That marks a career high in scoring for the 18-year old attacker-receiver at the senior national level.

As the match drained on to over 2 hours in length, the young Herbots, known as the “Explosive Tiger” in her home country, remained full of energy as many of her opponents tired. The Belgians continued to set her from all over the court, including a mountain of big back-row attacks when the Belgians were out of rotation.

“I think we started very well today, and we created a lot of pressure on the serves,” Herbots said. “After the second sets, we made more mistakes. And the girls were worried about the match. The Dominican Republic team are really strong if we don’t serve well. That’s the reason why we lost the two sets. Our pressures weakened a little. In the fifth set, one player made like eight serves in a row. So serving is very important in the high-level matches.”

Blocks were high for both teams, keeping hitting percentages low. Belgium had 12 stuffs, includingg 4 from Marlies Janssens, part of an effort to limit the Dominicans to just 31.5% hitting.

The Dominican Republic, meanwhile, had 14 blocks (4 from Annerys Vargas), which helped limit the Belgians to just 34.8% hitting.

Jeoselyna Rodriguez tied Brayelin Martinez for the team lead for the Dominicans with 16 points. Rodriguez earned her 15 after starting the match on the bench, but she would enter the game late in the 1st set. Vielka Peralta also got her first action at opposite for the Dominican Republic’s senior national team, after strong showings last year for the junior side, and scored 3 kills on 4 swings and 1 block.

The possibility was always there, for China to lose, with a young largely-untested roster. But, after dominant sweeps of Belgium and the Dominican Republic (with Belgium in turn having swept South Korea), China seemed to be unstoppable this weekend, even without their captain and best player Zhu Ting in the arena in Ningbo, let alone on the court.

But, South Korea, even without an overwhelming performance from their superstar Yeon Koung Kim, caught the Chinese flat-footed and jumped on a 3-0 sweep that looked reminiscent of the performance that the Chinese had laid upon their first two opponents.

South Korea led every major statistical category, including 7 blocks to 3, 6 aces to 2, and most significantly just 8 errors to 21 for the Chinese.

Kim was tied for leading all players with 16 points, hitting a respectable 45% on the match (13/29). In moments where she faltered, however, South Korea found their second option at outside hitter Jaeyeong Lee, who also had 16 points on 43% hitting (14/33).

Viable options beyond Kim has been South Korea’s biggest challenge over the last two seasons, but Lee, who was just 19 when she played in the Olympic Games, seems to be developing before our eyes in this tournament, perhaps as much as successor to the 30-year old Kim as to partner.

China was led for the 2nd-straight match by middle blocker Xinyue Yuan, who had 12 points. Unlike her uber-efficient first two matches, though, she hit ‘only’ 50%, and had ‘only’ 2 blocks, which are low for a middle blocker of her caliber, and by her own standards earlier in the week. Without Zhu Ting, it appears that they need Yuan’s super-hero-like performances from earlier in the week to really excel.

18-year old Chinese opposite Yingying Li, who is making her senior international debut this week, faltered for the first time in the tournament as well. After scoring 17 and 14 in the first two matches, respectively, Li had only 5 (on 5 of 23 hitting) on Thursday.