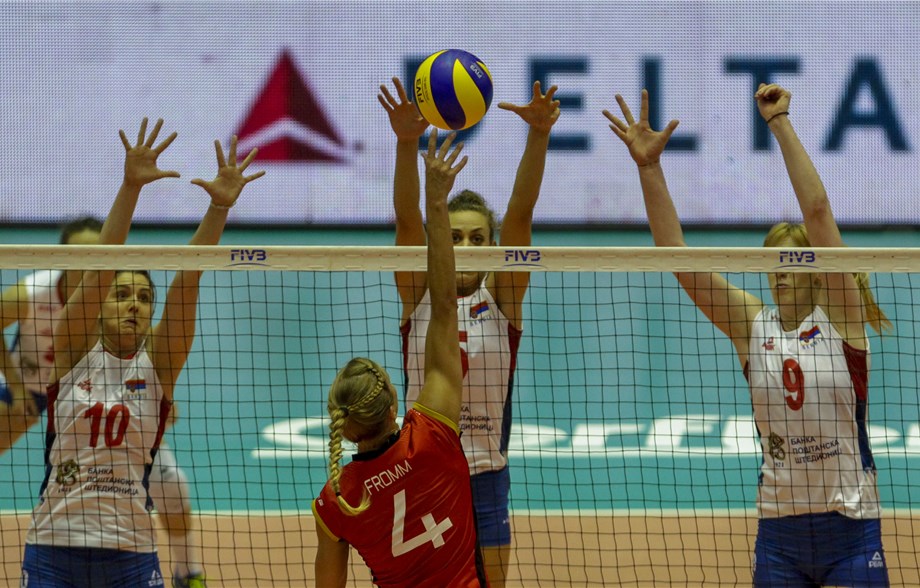 Meanwhile, Brazil bounced back from an opening day loss with a win against Japan Current Photo via FIVB

Serbia showed why it is one of the world’s hottest teams at the moment, with a defensive performance for the ages from its middle blockers, leaving Germany powerless on the offensive end. Meanwhile, Brazil once again underachieved, but at least it was able to bounce back from yesterday’s loss in front of its home-crowd.

The game started with a scare, as Brazil lost the opening frame, which gave the thousands of fans on the standings reasons to worry, as Brazil had played really poorly the day before. Brazil eventually was able to overcome the deficit, but the game, except for the last set, was no easy affair, as it didn’t do much to calm down the nerves of everyone, players included.

Here is how Brazilian coach José Roberto Guimarães reacted to the win:

“It was an important win. We only had a short rest, but the team was able to overcome yesterday’s defeat. We played better today. We need this change of behavior, specially in hard games like this. Playing against Japan is always complicated, it is a short, but very skilled team.”

No surprises here, as Serbia completely dominated Germany 3-0 (25-16, 25-21, 25-17), as one would expect. The surprise of the night, though, came from Jovana Stevanovic‘s ten blocks performance. Such a feat, when accomplished in only 3 sets, specially at this level of play, is almost unheard of. Brankica Mihajlovic helped out with 19 points of her own.

Serbia’s 22 blocks completely shut down Germany’s offensive duo of Louisa Lippmann and Maren Fromm, which combined for an atrocious 8/37 (21%) performance.