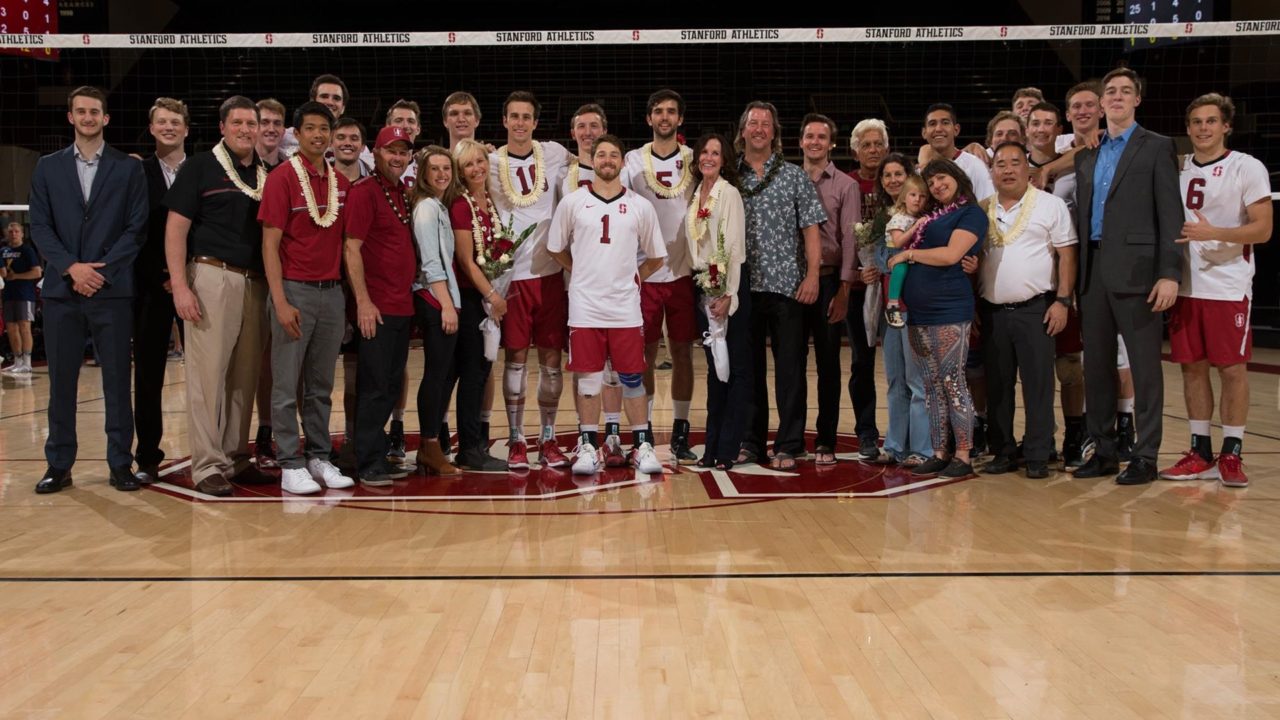 The No. 9 Stanford men's volleyball team has released its 2018 slate, beginning with a fall tournament at USC on Nov. 11, and including 12 home matches. Archive Photo via Stanford Athletics

The No. 9 Stanford men’s volleyball team has released its 2018 slate, beginning with a fall tournament at USC on Nov. 11, and including 12 home matches.

After the warm up event in Los Angeles, the team will face Calgary in a pair of matches, Dec. 30 and Jan. 2 at Maples Pavilion.

Road matches vs. UCLA and Pepperdine wrap up the regular season campaign on April 5 and April 6.

The full 2018 slate is available here.

Stanford is coming off a 13-13 campaign, including an 8-10 mark in MPSF league play. The Cardinal ended their season in the MPSF quarterfinals against NCAA runnerup BYU.

Rakestraw ranked third nationally with a .433 hitting percentage, while Enriques was 13th in digs per set (2.36).