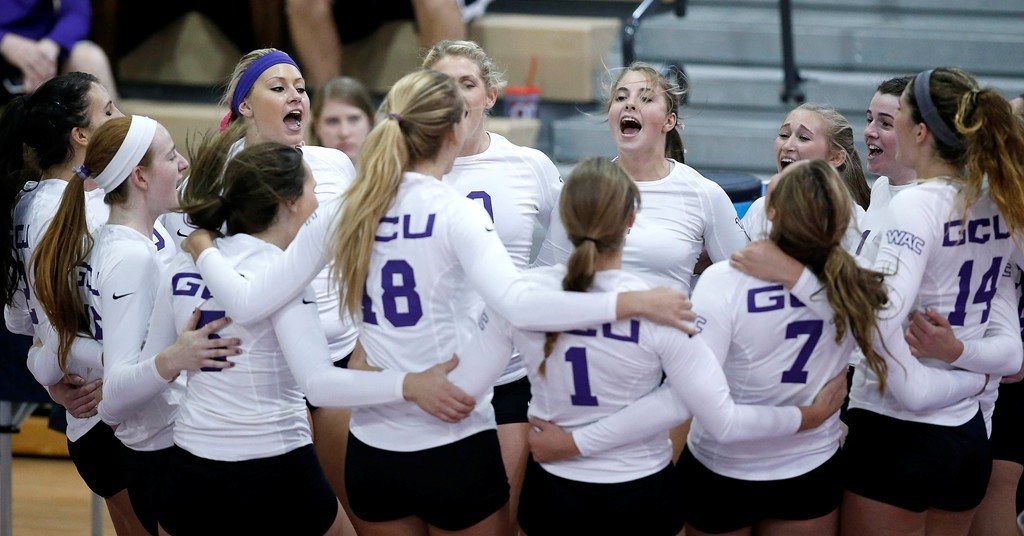 GCU women's volleyball (indoor and beach) will be postseason eligible for the first time, while men's volleyball moves to the MPSF.  Current Photo via Grand Canyon University Athletics

After completing four years of competition at the Division 1 level on a probationary status, Grand Canyon University has officially been given Division 1 status and will be eligible for postseason play for the first time across all sports. This will impact all three Antelope volleyball programs moving forward, but especially on the women’s side. Nearly all of the school’s varsity sports will compete in the Western Athletic Conference (WAC), allowing them the ability to participate in postseason conference tournaments with the opportunity to earn a spot competing in the NCAA tournament.

Grand Canyon women’s indoor volleyball team finished the 2016 regular season at 6-21 and graduated 5 seniors, but the ‘Lopes do return their three top scorers from last season. Rendahl Powers led the team with 231.5 total points on the season, Jordyn Sanchez scored 209.5, and Katrice Pond chipped in 187. The roster has been also bolstered by the addition of freshmen Teagan DeFalco and Claire Kovensky. In addition, the women’s team added Tressa Schuler and Kendall Gray as transfers this offseason and they look to make an immediate impact. UT Rio Grande Valley won the 2016 WAC Tournament and made the NCAA Championships for the first time in program history.

The beach volleyball team is coming off back to back strong seasons, finishing 18-8 in 2016 and 17-8 in 2017. In 2017, the beach volleyball program also unveiled a brand new on campus stadium. The 2018 squad will be playing the year in memory of assistant coach Joseph Rohr who passed away in July. He was the husband of current head coach Kristen Rohr.

On the men’s side, the 2017 squad had an historic run for the program that saw them host a playoff game for the first time and reach the MIVA championship match for the first time, where they lost to eventual NCAA champion Ohio State. The men’s team was eligible to play in the playoffs in 2017 because they were playing under Division 2 status. The 2018 squad will return two of their top scorers in Shalev Saada and Ashton King, as well as welcoming back redshirt senior setter Puna Kaniho. The team will compete in the MPSF conference for the 2018 season as the sport of men’s volleyball continues to grow.