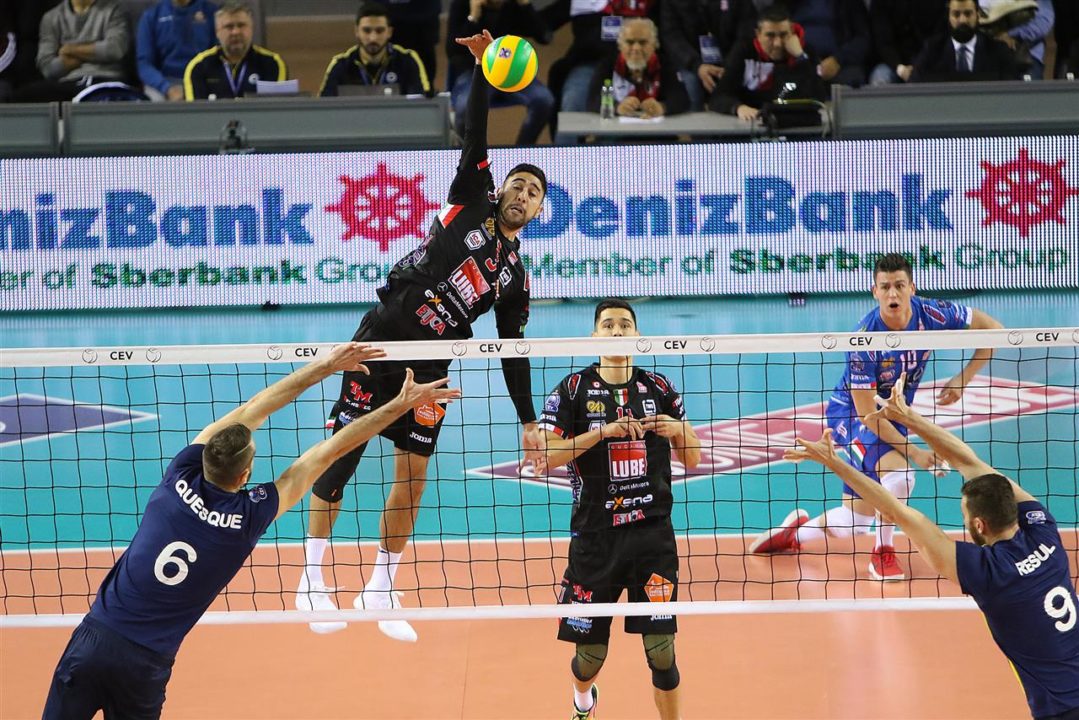 Perugia, Civitanova, Lube, and Verona showcase the strength of the SuperLega in this week's Champion's League matchups Current Photo via Courtesy of cev.lu

While there were some hiccups along the way, the four teams that represented the Italian Superlega went undefeated in this week’s CEV champion’s league and CEV Cup.

In what was probably the most surprising game of the week, Knack Roeselare of Belgium takes 2 sets off the SuperLega leading Perugia. While Roeselare is a champion’s league regular and at the top of the Belgium league standings, the level of competition in their domestic league is considered much lower in Belgium than Italy. For example, Belgium national team players like Kevin Klinkenberg, Pieter Verhees and Francois Lecat choose to play in Italy rather than their home country. However, some precise for Roeselare was almost enough to overcome the talent disparity, but in the end, Perugia was able to pull out a 15-12 victory in the fifth set. Perugia is first in Pool A with 3 wins and no losses.

This was the most one-sided four-setter match I have ever watched. While Fenerbahce managed to win the third set 25-21, they lost the other three by whopping combined 30 points, including a 25-11 set and a 25-12 set. Americans Micah Christenson and Taylor Sander were in synch, and Dragan Stankovic locked down the middle of the court with 6 blocks. A disappointing outing for Fenerbahce’s leading scorer Metin Toy, who scored a paltry 7 points on 29 attempts for a 24% kill efficiency. It is unlikely you will win the game if you have a player with a higher number of attempts than kill efficiency. Lube Civitanova is second in pool A with 2 wins and 1 loss (to Perugia).

A bounce-back game for Trentino after their loss to Civitanova in the SuperLega last weekend. Izmir is an excellent team led by Serbian setter Nikola Jovovic, German attacker Christian Fromm, and coached by former Canadian national team coach Glenn Hoag. Izmir hit well, but there is little you can do when Luca Vettori brings his best. After a string of poor performances and several trips to the bench in favour of Renee Teppan, Vettori scored on an efficient 14 out of 18 attacks to lead Trentino to the win. Trentino sits in second place in Pool E at 2-1.

The CEV Cup, the little brother to the Champion’s League, just finished its playoff round of 16. Verona, who is sitting in fourth place in the SuperLega, is one of the favourites to win. They showed it in this match, taking care of the side from the Czech Republic with ease. Emanuele Birarelli was a key part of the victory for Verona, scoring on 8 of 11 attempts and notching four blocks. Verona will play Montpellier volley UC in the quarterfinals of the CEV Cup.