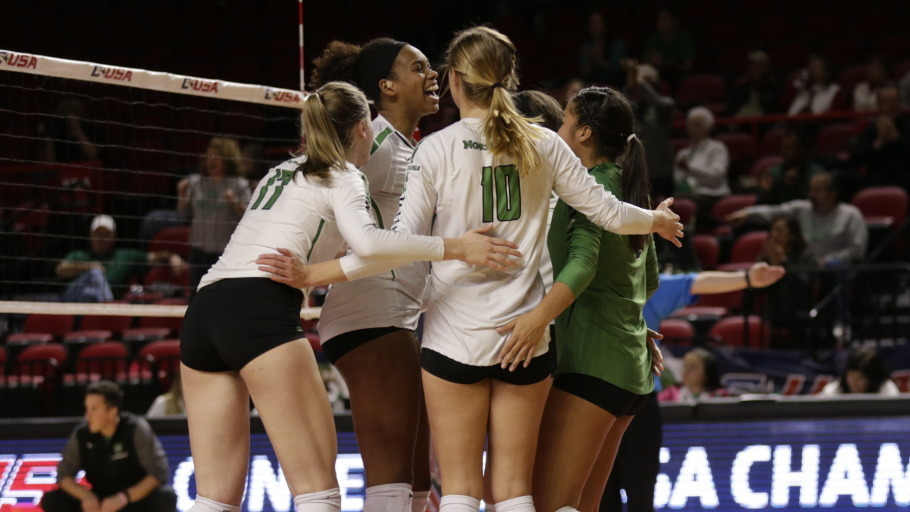 The teams will meet at 8 p.m. ET Friday in second round action.

Redshirt freshman middle Jackie McBride led Wyoming with 12 kills on a match-high .579 hitting effort to go with four blocks. Junior outside Emily Lewis was next on the team with eight putaways on a .412 hitting effort. Junior middle Reed Copeland put up four blocks, while senior libero Lily Austin notched 16 digs and a team-leading three aces.

It Was Over When: After a dominating first set by TCU and an error riddled second set for both teams, Set 3 was an up and down affair, beginning with an 11-3 advantage for Wyoming. Six errors and a pair of Copeland kills helped the Cowgirls to the advantage. TCU rallied to within two at 14-12 as four players turned in kills, including three by MacLean. Later, the Horned Frogs cut the margin to one six times, before knotting the score at 23 on a block by Konstantinidou and Sarah Langs. A McBride kill gave Wyoming a set-point try at 24-23, but TCU scored three straight to end it. The final point came on a stuff by Langs and Buckingham.

Buckingham & Langs combine for team block No. 9 to finish off the sweep as #TCUVB is headed into the Round of 16 of the @WomensNIVC!#GoFrogs pic.twitter.com/KLcZk6Q4hL

It Was Over When: After edging North Texas 25-23 in Set 3, the Golden Eagles jumped out to a 5-1 lead in Set 4, with help from three Mean Green miscues. Later down 6-3, North Texas turned things around with a 14-2 run. Five ORU miscues, three blocks and two Valerian putaways gave the Mean Gren a 17-8 advantage they would not relinquish. kills by Alexis Wright and Barbara Teakell clinched the victory at 25-16.

The Mean Green take set 4 and defeat ORU in the first round of the @WomensNIVC! North Texas takes on TCU tomorrow at 7pm in the Mean Green Volleyball Gym! #GMG #MakeItCount pic.twitter.com/3Ip8lMlMmG