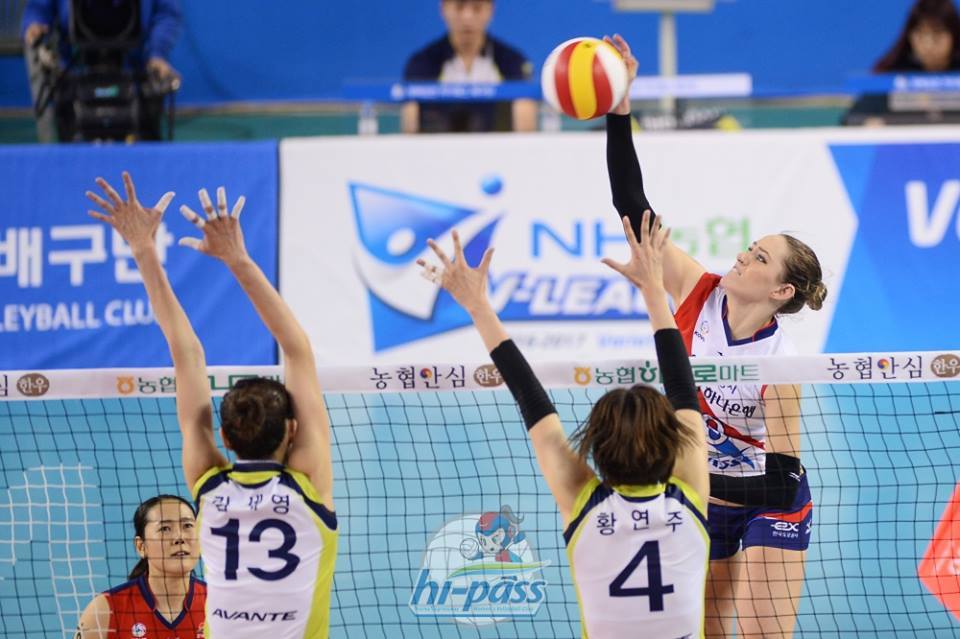 The third time is the charm when it comes to fulfilling her dreams as a professional volleyball player. Kennedy Bryan has... Current Photo via Hi-Pass Facebook Page

The third time is the charm when it comes to fulfilling her dreams as a professional volleyball player. Kennedy Bryan has officially signed a new contract with Pro A Evreux team in France and will finish out the 2017 season with them.

After graduating from Virginia Tech, Bryan signed her first professional contract to play for Golem Volley in Palmi, Italy back in July of 2016, but within 48 hours of her landing in Italy in October a new contract was presented to her for a Korean team called Hi-Pass. Bryan quickly took the offer and was the new starting opposite for Korea. At the beginning of December, Bryan decided to leave the team and announced that she will now play for Evreux for the rest of the season.

“I decided I wanted to play professionally after my senior season at Virginia Tech,” said Bryan. “Fred Chow was our new assistant coach my last year and he really developed me as a player. He really made playing professionally a possibility for me.”

Bryan played outside/opposite while in college at Virginia Tech and was signed as an outside in Italy, an opposite in Korea, and now back to outside in France. Bryan tallied 277 kills and 74 blocks during her senior year at Virginia Tech, the third most for the Hokies in both categories. Bryan also had 5 consecutive matches with double-figure kills during her last season.

Bryan has been playing volleyball for quite some time now and stated that the professional game is much different than any other level of volleyball she has played before.

“The game is so different because you are expected to perform no mater what. It’s literally your job to figure out how to score. Another big difference is team dynamic. In college there is a lot of team bonding and with a language barrier it makes it even harder. I had great teammates in Italy and Korea but it will never be the same as in college when you know you have 4 years to grow with your teammates.”

Bryan said that the best part of playing professionally is that being a player is her job and she now has the opportunity to play for three different teams in three different countries. Even with all the headache of transferring teams and deciding where she is going to play next, Bryan is excited to get back overseas and keep making her dreams a reality.

“The advice I would give someone who wants to play professionally is to put in the work and it is possible. There are so many different leagues and levels of play that if you put in the work and get a good agent, you can make your dreams a reality.”

Evreux is currently ranked #9 out of 12 teams in their league starting off in 2017. Bryan will leave the U.S. on Sunday January 22, 2017 for France and will be ready to play in their upcoming match next weekend January 27, 2017 against #3 Nantes.

“My agent told me Evreux has a great coach and that this team will be a great place for me to learn a lot. Since I am still a younger player that is very appealing to me. I am so excited to start playing again and I can’t wait to get there on Sunday.”