Twenty-Eight Round of 32 Spots Decided (Standings) 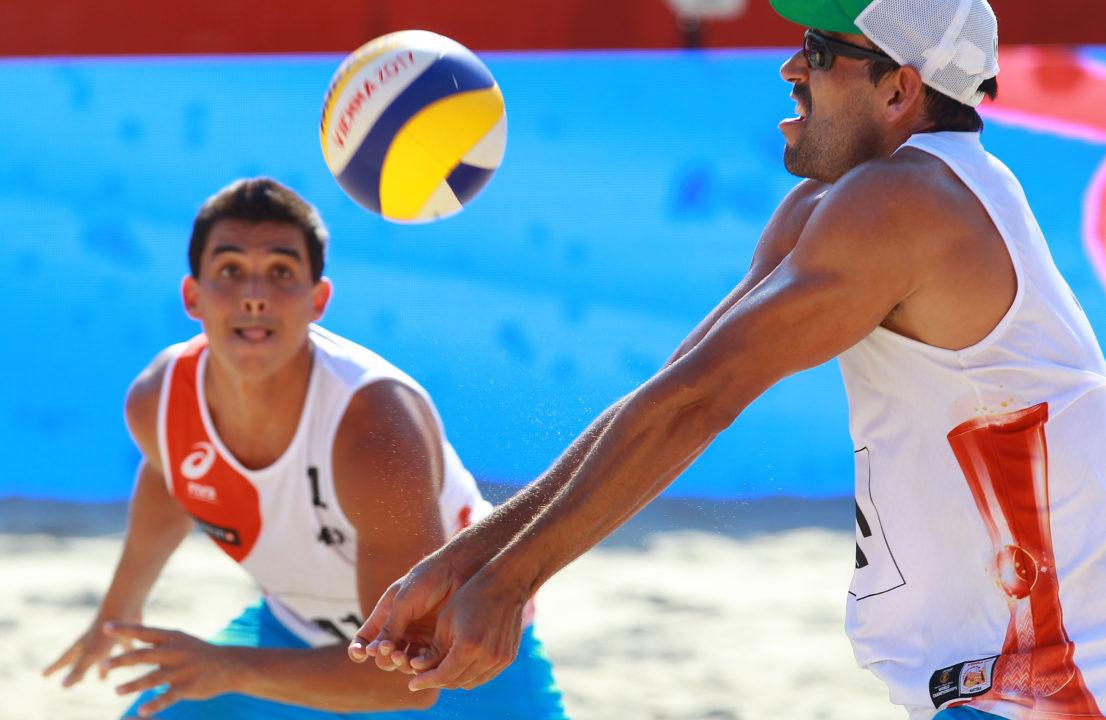 Mexico's Juan Virgen and Lombardo Ontiveros were of the last four team's into the Round of 32 without having to play through the Lucky Loser's matches. The pair beat Brazil's Evandro/Andre in pool play. Current Photo via FIVB

The final four pool winners were decided on Wednesday, while the rest of the field for the Round of 32 also were revealed.

A major upset occurred in Pool A as top seeded Alvarho Filho and Saymon Barbosa lost to Cuba’s Sergio Gonzalez and Nivaldo Diaz, but both pairs made it through to the next round.

Four American teams and four Brazilian teams advanced to the Round of 32, with Ryan Doherty/John Hyden and Theo Brunner/Casey Patterson earning spots with second place finishes in Pool C and H.

The final four teams into the Round of 32 that will not play in the Lucky Losers matches are Mexico’s Juan Virgen/Lombardo Ontiveros, Russia’s Oleg Stoyanovskiy/Artem Yazutkin, Latvia’s Edgars Tocs/Rihards Finsters and Poland’s Martin Ermacora/Moritz Pristauz.