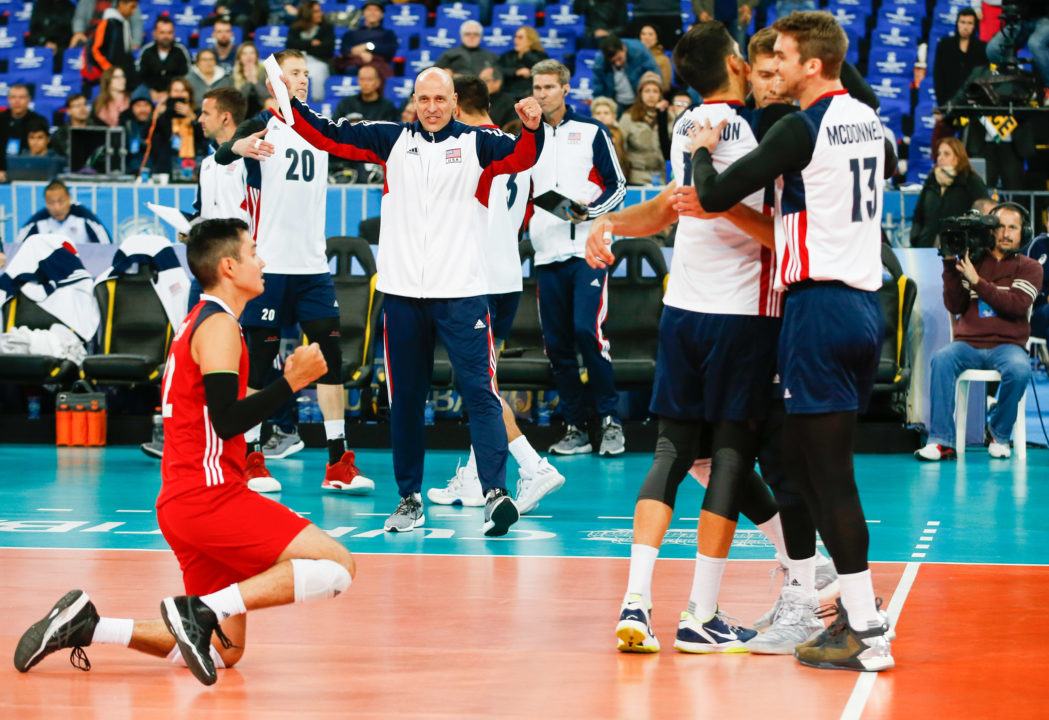 The United States celebrated after a 3-1 win over Serbia guarantee the Americans a spot in the Group 1 semifinals. Current Photo via FIVB

The U.S. lost its first match to France, but did so in five sets. That result drew one point for the U.S. and also handicapped France to two instead of a full three. They were also able to take down Serbia in four sets, which puts the United States at four total points with a 1-1 record. So although France can still finish ahead of USA in the pool standings, there is no scenario in which both Serbia and France can finish higher than the Americans.

Just one match remains in Pool K1, as the United States will sit back to see who their opponent will be in the semifinal round. The Serbia-France match will determine the other team that joins USA:

Canada finished fifth with the United States in sixth as the two sides were the last two who made it into the Final Six. However, now both are the first two to clinch. The two sides could potentially meet in the semifinal round, depending on what happens in the final day of pool play tomorrow.