USA Men Rally from Down 2-0 Behind Patch, Russell to Best Japan in 5 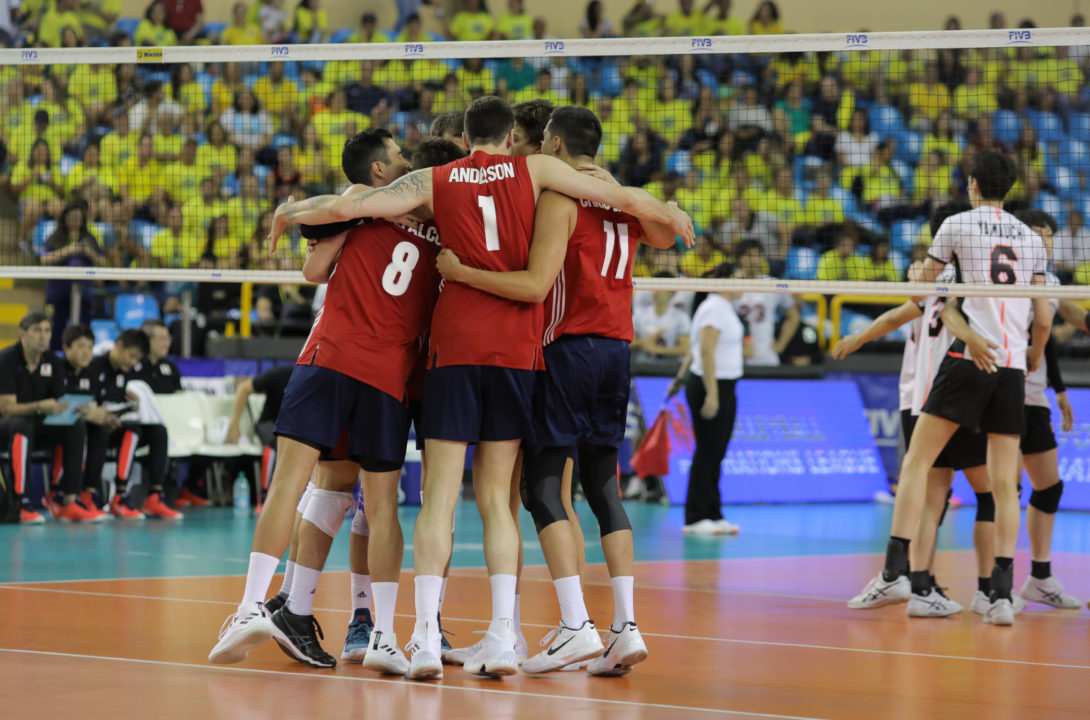 After an error riddled start, the United States switched lineups and turned things around, pulling off a five-set win over Japan on Friday to remain undefeated in Volleyball Nations League action. It was the Americans’ second five set win in four VNL matches.

Ben Patch (15) and Aaron Russell (14) each scored in double-digits to lead the way for the Americans. Patch downed 14 kills and added a block after coming in as a substitute in Set 2, while Russell chipped in 11 kills, two blocks and an ace in his first VNL start. Seven other players notched at least three points in the victory. Thomas Jaeschke, who also entered the match in Set 2, tallied seven kills and a team-best two aces. Taylor Averill and Jeff Jendryk each added eight points. Averill registered five kills, two blocks and an ace, while Jendryk was key at the net with a team-high six blocks.

“That was a really important win for us,” Patch said. “I think it shows each and every one of us on our team and our coaching staff that it’s going to take a team effort to win a game. We executed well in the third, fourth and fifth sets. That’s huge for us going forward.”

Japan grabbed a 13-10 lead in Set 1 with help from 10 USA miscues. The Americans attempted a comeback but Nishida ended the stanza at 25-23 on the first Japanese set-point attempt.

Japan carried the momentum into Set 2, cruising to an 11-4 advantage. The United States continued to struggle and fell behind 20-9, calling a timeout to no avail as Yanagida closed out a 25-13 win.

After committing 25 errors in the first two sets, Team USA turned things around in Set 3 courtesy of the new lineup including Jaeschke, Patch, Averill and Kawika Shoji. The Americans boasted a 16-13 lead as Averill and Patch kicked in. It took three set-point tries to close out the win, but Russell issued the final blow in the 25-18 win to extend the match.

The teams played to a 9-all tie in Set 4 before Patch took over, covering for errors that continued to plague the team in a 25-20 win.

The Americans were not challenged in the 15-10 Set 5 win.