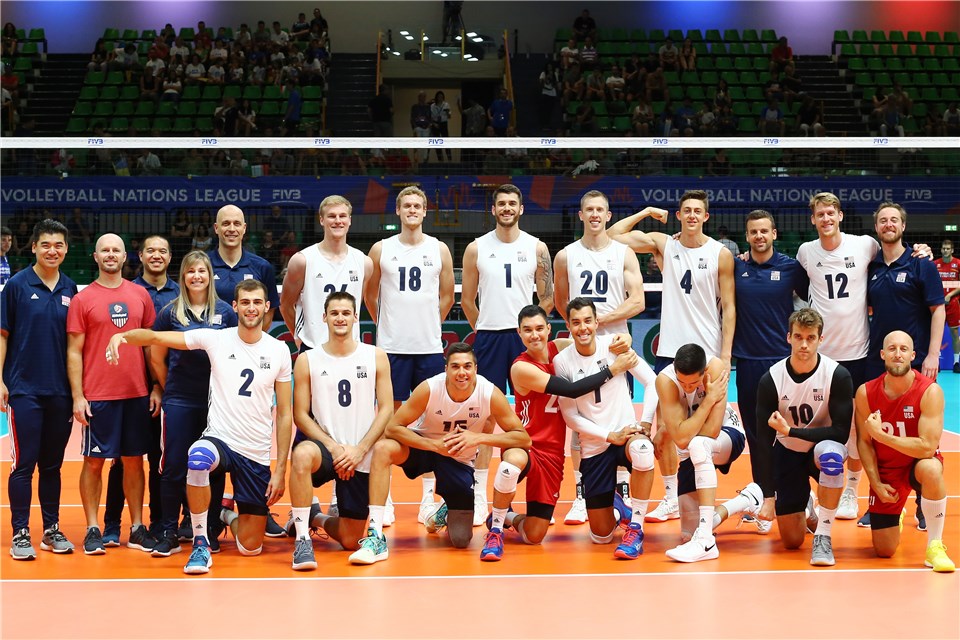 The United States gave away 44 points on errors in a five-set loss to France on Friday, but clinched its spot in the Final Six regardless of the defeat.  Current Photo via FIVB

The United States gave away 44 points on errors, while France limited its miscues to 24 in a five-set loss on Friday. Despite the loss, the Americans still punched their ticket back to France for the VNL Final Six, having needed just one point to get in.

Stephen Boyer racked up 21 points on 19 kills and two blocks, while Earvin Ngapeth and Nicolas LeGoff played key supporting role with 15 and 10 points respectively. Ngapeth served up a team-best three aces to go with 11 kills and a block, while LeGoff put up a team-leading three blocks alongside his seven putaways. Six other players chipped in two or more points.

Matt Anderson and Aaron Russell led the way for Team USA with 23 and 21 points respectively, while the other four starters added six or more points. Anderson downed 20 kills and added two blocks and an ace, while Russell chipped in 19 kills, a block and an ace. Dan McDonnell also reached double digits with 12 points on a team-best three blocks and three aces to go with six putaways. David Smith and TJ DeFalco followed with nine and seven points apiece, all on kills. Micah Christenson rounded out the group with six points (3 blocks, 2 aces, 1 kill).

“The first game is always difficult, but this weekend is great preparation for the finals as we play three great teams,” Boyer said. “The team is feeling good and we are in a good way for Lille.”

After rallying to tie the match at two sets apiece, France built an 8-5 lead at the changeover. Team USA called timeout and scored two of the next three points, including an Anderson kill. France kept rolling, however, eventually ending the comeback at 15-12 as Boyer tooled the block.

France cruised to the Set 1 win, but it took a few extra points than originally thought. USA coach John Speraw challenged what appeared to be set point at 25-19 and won. Three points later, however, Boyer bounced the final point off the American block to close out the 25-22 win.

The United States built a six-point lead in Set 2 but soon found the score tied at 13-all. Ngapeth and Boyer supplied several points for the French, but Anderson answered for the Americans, eventually grabbing the 25-23 win.

The teams were level at 8-all and 16-all in Set 3, before the USA nudged ahead. Christenson served up an ace to seal the 28-26 victory and give the Americans a 2-1 lead in the match, while also punching the team’s ticket to the Final Six, regardless of the outcome.

Set 4 was dominated by France in the early going and countered each American rally before clinching the 25-20 win on a LeGoff putaway.