USA Sweeps Italy to Wrap up #VNL Homestand in Lincoln 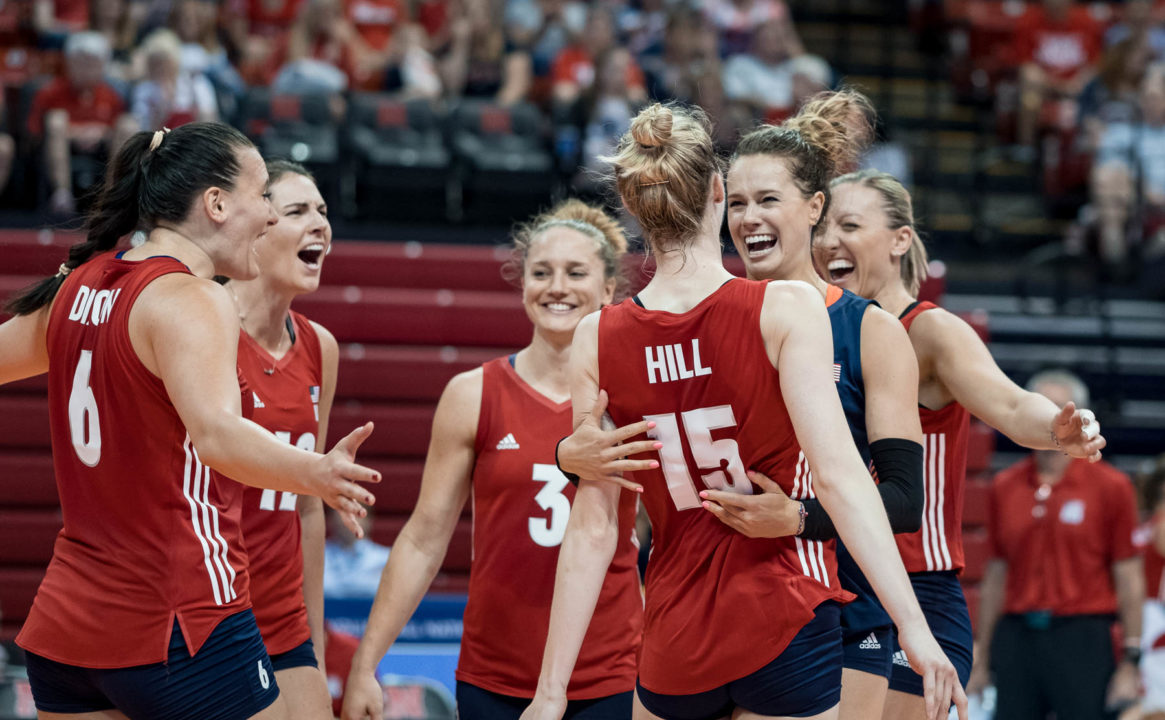 Twenty-three Italian miscues were the difference in an otherwise close match statistically as the United States got back on track in Volleyball Nations League action with a sweep of Italy.  Current Photo via USAV/Eric Francis

Twenty-three Italian miscues were the difference in an otherwise close match statistically as the United States got back on track in Volleyball Nations League action with a sweep of Italy.

Both teams put down 39 kills. The USA led 8-5 in blocks, but Italy owned the serve 6-4 in aces. A 23-8 advantage in points off errors gave the Americans the edge.

The United States raced out to a 4-1 lead in the match and built a 14-9 lead midway through Set 1. A Guerra kill and a Lubian ace cut the margin to three at 15-12. Italy kept fighting and it was a two-point game soon after at 19-17. The Americans rallied when it counted, however, scoring six of the final nine to close out the 25-20 win. A stuff by Dixon and Lloyd set up the final point.

USA led Set 2 from start to finish, boasting an 8-4 advantage early and leading by as many as seven in the latter stages of the 25-18 win. A setter-hitter misconnection cost the Americans on their first set-point try at 24-17, but Akinradewo came through with a kill the next point to put the United States up 2-0 in the match.

Italy regrouped at the short intermission and came out firing in Set 3, turning a 2-0 deficit into a 5-2 lead as the United States struggled defensively. A stuff by Dixon and Murphy brought it to a 5-all tie. Italy kept the advantage, however, pushing the margin to four at 12-8 on a stuff. The Americans answered with a 6-2 run with help from a few Italian hitting miscues, knotting the score at 14. A huge block by Dixon and Hill gave the United States a brief 15-14 advantage. After another tie at 15, USA crept ahead by three at 18-15 including an ace by Larson. Italy called timeout and kept things close, narrowing the gap to two five times, but could not break through. A Larson ace gave the United States its first match-point try at 24-20. The star of the weekend Michelle Bartsch-Hackley sent the Americans on their way to Japan with a victory at 25-21.

Here are the post-match reactions: