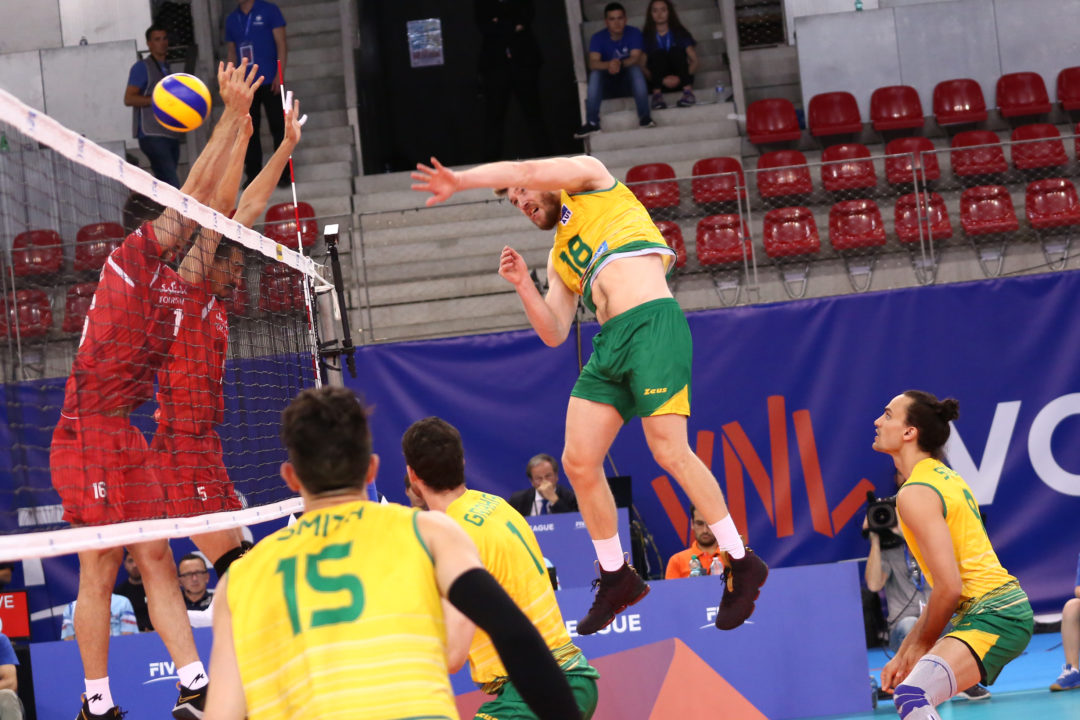 Fans have just witnessed another absurd display of serving prowess in this year's inaugural edition of the NVL. Current Photo via FIVB

Fans have just witnessed another absurd display of serving prowess in this year’s inaugural edition of the VNL. This time, it came from the hands of Australia’s Lincoln Williams, who launched a 79.2 mph (127.5 kmh) missile in his team’s game against Iran, leaving no chance for the opposing team’s receivers. To put things into perspectives, had it been done at the Olympics, this serve would break Ivan Zaytsev‘s, Christian Savani’s, and Gyorgy Grozer‘s 78.9 mph (127 kmh) record. That was Williams only ace of the match, but he did finish the game with 19 points, the most for his team, although it wasn’t enough to prevent a 3-0 defeat in close sets.

Williams is Australia’s biggest offensive motor at this point of the VNL. The hitter is averaging 4.35 points per set on 48% hitting, and is the competition’s 6th leading scorer in total points. It’s from the service line, though, that he is really turning heads, as he is the 2nd best server in the tournament so far, with a 15% conversion rate (0.5 per set). In the team’s last game, against France, he scored 5 dingers.

Below is the video of Williams’ feat. On a sad note, we were only able to get a hold of the clip via Australia’s coach Mark Lebedew, as FIVB made no mention of it in its website. We thank the coach for passing it on. Make sure to watch until the end, because Williams’ teammates’ celebration reaction is priceless as well: