Ben Patch Will Miss Week 4 of #VNL With Injury 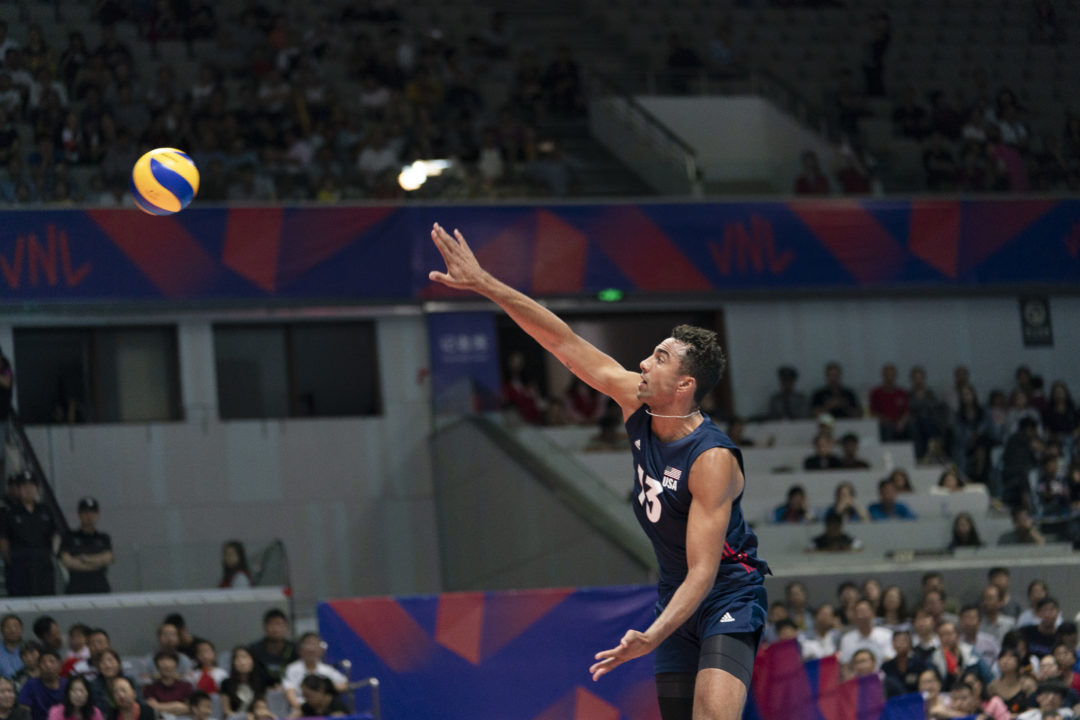 Ben Patch leads the USA in scoring through 3 weeks of play at the Volleyball Nations League. Archive Photo via FIVB

American opposite Ben Patch will miss week 4 of the 2018 FIVB Men’s Volleyball Nations League with an injury, USA Volleyball announced on Thursday. They did not elaborate on the nature of the injury, nor how long he would be out. He’ll be replaced on the roster by Kyle Ensing, who played with the Americans in week 1 of the tournament but was replaced in week 2 by Matt Anderson when the American roster returned to full strength.

The American men have struggled at certain moments of this year’s tournament, but in spite of a few unexpected losses (including 3-0 to Germany last week), they’re still 7-2 and in 4th place through the first 9 games of the tournament.

The Americans seemed to have gotten into a groove late last week after that loss to Germany, which was followed by 3-1 wins over Australia and Canada. The ‘magic formula’ appeared to be shifting Anderson back to his natural position of outside hitter (though he’s been playing opposite for Team USA for the last few summers) and starting him ‘alongside’ Patch at opposite, rather than ‘instead of’ Patch at opposite.

The long and high-flying Patch is the Americans’ top scorer in the tournament with 101 points (good for 12th overall).

Now the Americans will have to look for another option offensively. They’re also without outside hitter Taylor Sander, who is at home with his wife while she expects to give birth to the couple’s first child sometime this month.

The Americans will play in front of a home crowd in suburban Chicago (Hoffman Estates, to be more specific) where they face Serbia, Poland, and Iran. Those teams don’t seem to be a coincidence: Chicago has significant populations of residents with heritages from each of those 3 countries.

The U.S. will need to work out their new lineup fast, as they face a tough pool in front of a home crowd. Poland, even playing without one of their stars Michal Kubiak last week (and for the rest of the tournament) while he deals with a case of chronic pink eye, still ranks #1 in the Nations League so far with an 8-1 record. Serbia ranks 6th with a 6-3 record (albeit only 15 points thanks to three wins that went to 5 wins). Iran is the lowest-ranked team of the group, with a 3-6 record, and will be without a number of players and their team manager, who they say were unable to obtain visas to enter the United States.

That probably means more playing time for TJ DeFalco at the outside, and Anderson moving back to opposite.