China Rebounds from Two Losses with Sweep of Russia 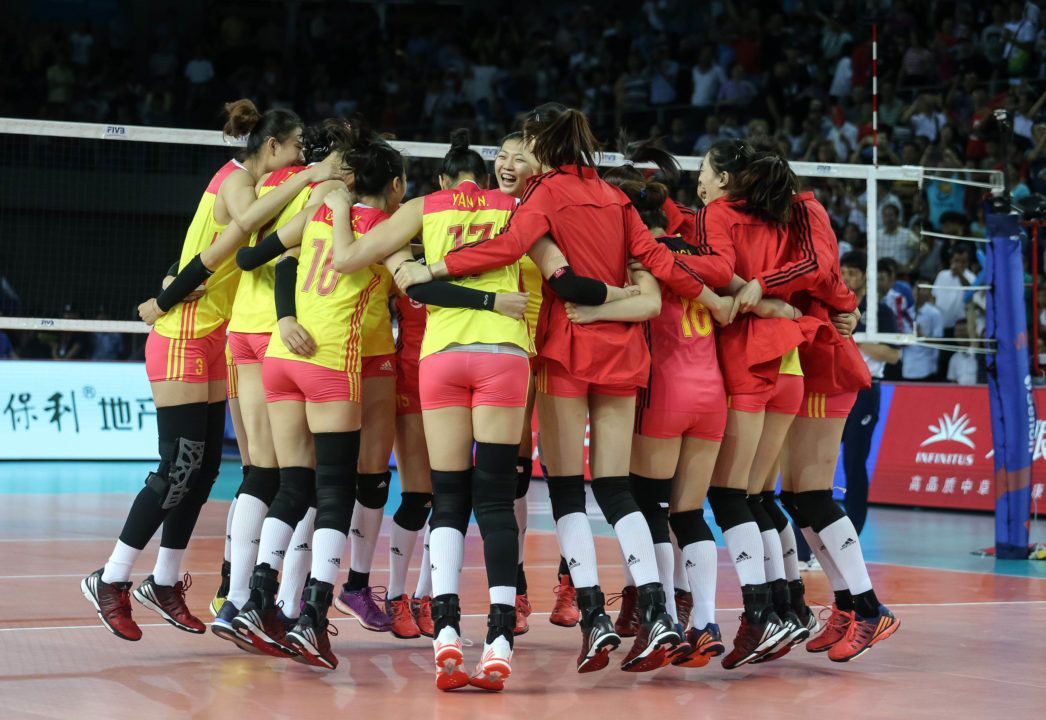 Nine blocks and 17 Russian miscues helped China to a home sweep of Russia on Wednesday. Current Photo via FIVB

Nine blocks and 17 Russian miscues helped China to a home sweep of Russia on Wednesday, knocking Russia down to seventh in the VNL standings.

China bested Russia in blocks (9-4) and aces (8-7), while taking advantage of 17 Russian errors and committing just 11 of its own. Russia boasted a slight 41-40 advantage in kills.

Irina Voronkova and Kseniia Parubets combined for 27 points and 25 kills for Russia. Voronkova put down 12 kills and added a team-best two aces, while Parubets chipped in 13 putaways. The next highest scorer was Ekaterina Efimova, who managed six points on three kills, two blocks and an ace.

The win snaps a two-match skid for China, while the loss is Russia’s second of the week.