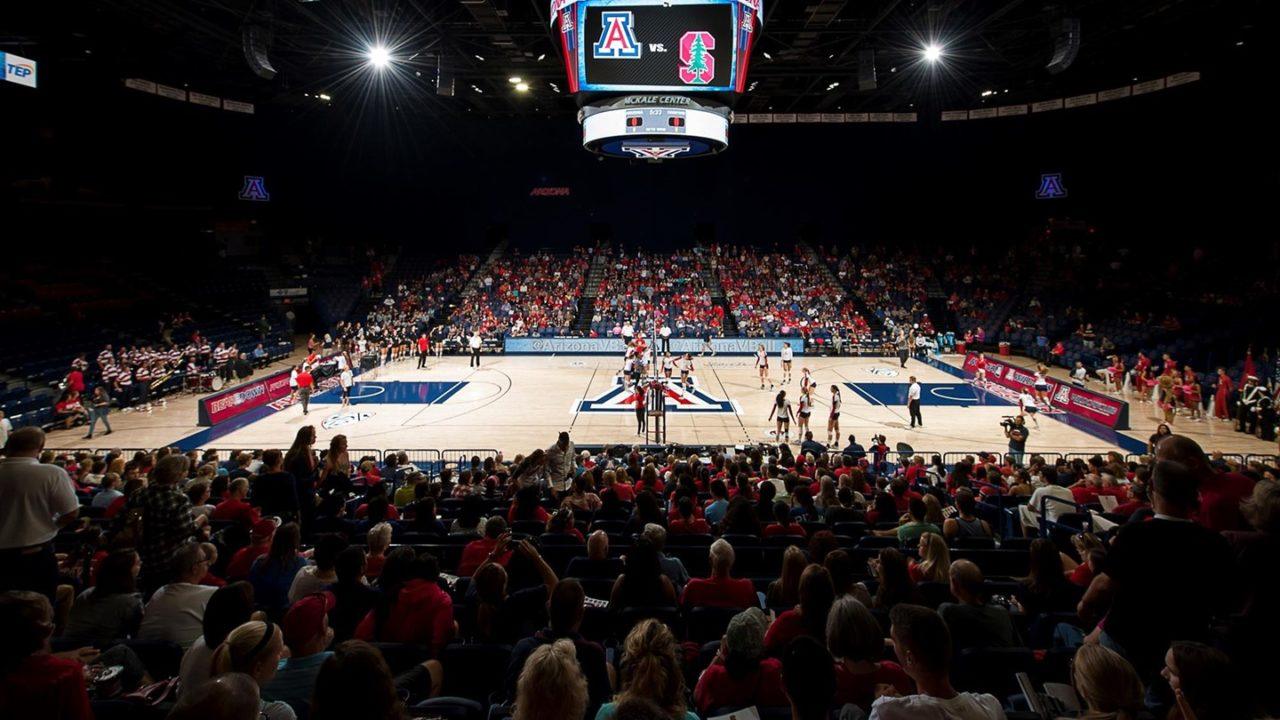 Arizona will have a host of new players in 2017 as they welcome eight newcomers in the fall. Archive Photo via Arizona Athletics

Arizona rounds out the top 20:

Arizona finished the 2016 season on a high-note as they upset the NCAA Tournament’s number nine overall team, Michigan State, in five sets for a Sweet 16 appearance. They do lose a lot from last year’s team, including a couple big names as they try to build off of 2016. To avoid a setback in 2017, the Wildcats will be relying on a wealth of new faces, as six freshmen and two transfers join the roster.

Three of the incoming freshmen earned high school All-American honors, as Candice Denny was listed on the Second-Team Under Armour All-America squad. As a 6’2″ middle blocker from Saratoga, California, Denny should compete for a spot immediately. Katie Smoot and Paige Whipple, who were both Under Armour All-America Honorable Mention, could join her. Smoot is a 6’2″ outside hitter/opposite from Belmont, California while Whipple is a 6’1″ outside hitter from Salem, Oregon.

Of the other three freshmen, two are listed as defensive specialists/liberos. Kelly O’Neil stands at 5’7″ out of Louisville, Kentucky (Mercy Academy) while Gabriella Halcovich is 5’9″ and comes from Palm Springs, California (Xavier Prep).

The final freshmen in the bunch is Jaclyn Inclán, a 5’11” setter from Tucson, Arizona (Ironwood Ridge High School). She was a two year letterwinner in high school and was named the school’s volleyball player of the year.

Joining the six freshmen are two transfers – one from the junior college ranks (Mackenzie Hernandez) and the other from another Division I school (Kimberly Gutierrez). Hernandez, a 5’11” setter, joins Arizona as a junior after two seasons at Bakersfield College where she was team captain and MVP. Gutierrez is listed as a 5’5″ defensive specialist/libero and spent three seasons with at San Francisco before leaving the program sixth all-time in career digs (1,114).

Many of the eight newcomers will receive playing time and be relied upon to contribute in 2017 as Arizona loses several faces from the 2016 team. At the forefront of the departures is the loss of two 2016 AVCA Third-Team All-Americans in outside hitter Kalei Mau and setter Penina Snuka.