Hawaii Brings on Four Newcomers in 2017 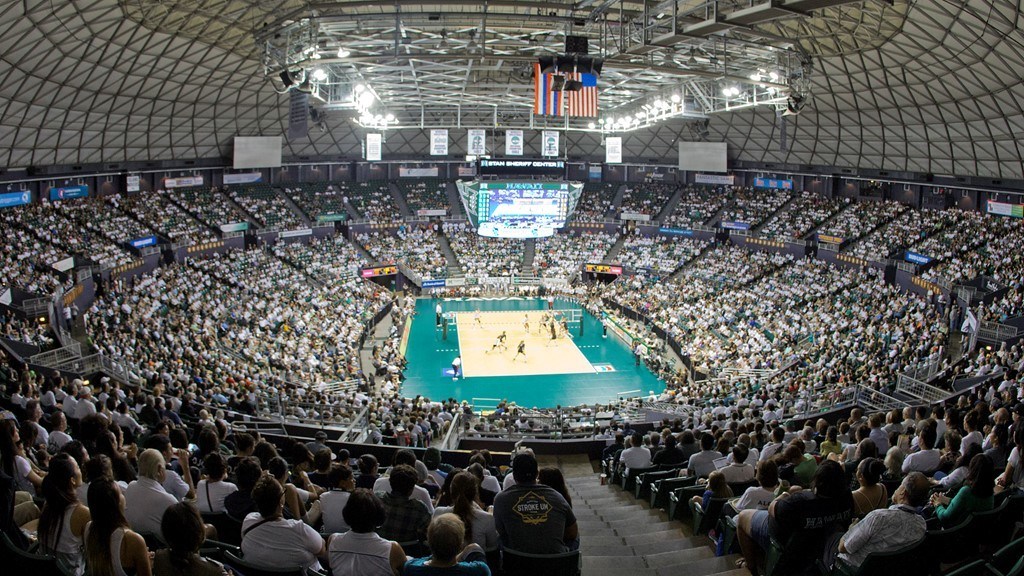 Hawaii is bringing on three freshmen and one transfer for its 2017 team. Archive Photo via Hawaii Athletics

With just over one month left before the 2017 volleyball season begins, VolleyMob is taking a look at some of the collegiate recruiting classes you may have missed and those who stand to make an impact on teams in and out of the final AVCA Top 25.

Hawaii wraps up the top 17:

Following a 23-6 season (15-1 Big West) and another NCAA Tournament appearance, Hawaii finished ranked 17th in the country at season’s end. The worst news of the offseason came when head coach Dave Shoji retired after being diagnosed with cancer last season. Still, they were able to piece things together as they are bringing on one transfer and three freshmen to bolster the roster in 2017.

The newcomer with collegiate playing experience is Treyanna-Lee Freitas, a 5’4″ defensive specialist/libero who transferred in at the spring semester from Washington State. With the Cougars, she appeared in two sets as a freshman after coming in from King Kekaulike High School in Hawaii. She now heads home to continue her playing career, where she will look to replace Emma Smith, a defensive specialist who transferred from Hawaii to California.

Joining Freitas will be the trio of freshmen: Sophia Howling, Shaney Lipscomb and Skyler Williams. All three can play at the middle blocker position, as they stand 6’3″, 6’2″ and 6’2″ respectively.

Howling originates from Venice High School in Los Angeles, California, where she was a two-year team captain and was named to PrepVolleyball’s Senior Ace List. She also totaled over 300 kills in both her sophomore and junior seasons.

Of the three freshmen commits, Lipscomb comes in with the most positional flexibility, as she’s listed as a middle and an outside hitter. Originally from San Diego, California, she played at both La Jolla Country Day and Cathedral Catholic High School. Her strong play earned her a spot on PrepVolleyball’s Class of 2017 Senior Aces: The 150.

Last but not least, Skyler Williams comes from Mayfair High School in Lakewood, California. She was an all-league first-team selection in helping her team to a league championship and MVP last season, as she was named the “Best Offensive Player” and “Most Improved” on her team.

It’s not all glum news for the Rainbow Wahine though. They return AVCA All-America Honorable Mention middle blocker Emily Maglio. Setter Norene Iosia and libero Savannah Kahakai were All-Big West First-Team last season as they return with more experience under their belt.