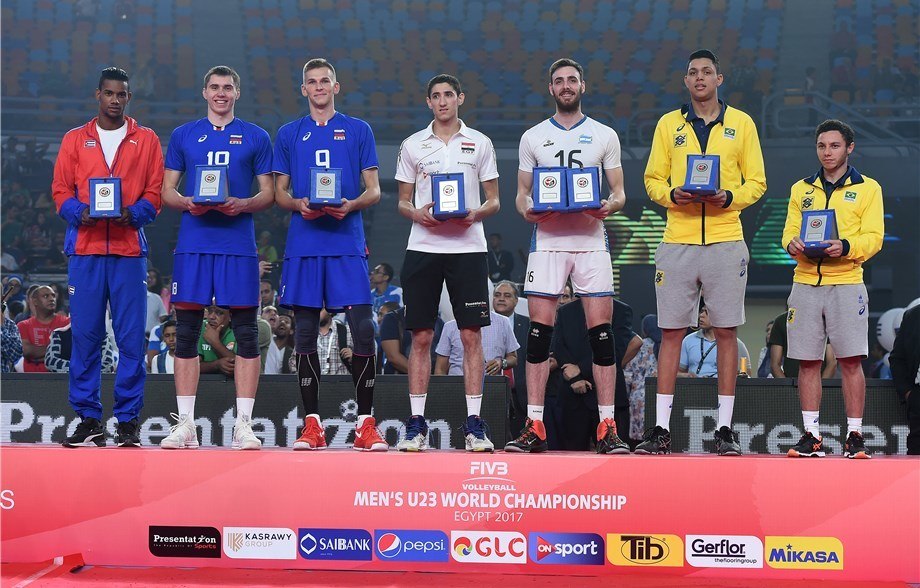 Argentina made history yesterday with its country’s first ever gold medal at the world level. Individually, opposite hitter German Johansen was chosen as the tournament’s MVP, a choice even he didn’t expect:

“It is a great achievement to win the first ever title for our country. I didn’t expect to win the MVP because I’m playing to a small club in Argentina “Club De Amigos” and I don’t have enough experience. I still need to work hard to increase my ambitions.” 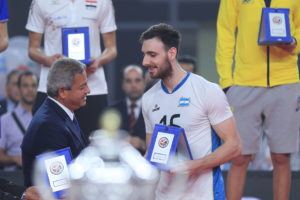 For his efforts in also securing Argentina’s historic performance, setter Matias Sanchez, was awarded a place in the tournament’s Dream Team. He was followed by:

“I didn’t expect this prize so I am very happy capture it and honored out my country. I am also very happy to win the bronze medal today and defeat Brazil.”

The other outside spiker laureate was Russia’s Denis Bogdan, whose superb play qualified his team to the final:

“I am very happy with the individual award ,it’s for all the team we play like one player. I hoped we won the title also, the defeat against Argentina was very tough for us.”

The choice at the opposite spot was Hisham Ewais, from hosts Egypt, for his great performance that helped the Egyptians to achieve their second best ever finish at the world level, winning the 5th position.

“This prize was my goal from the start of the tournament. I’m satisfied with my performance in all the matches I played throughout the competition. I want to thank all my teammates for helping me and I can’t win prizes without them.” 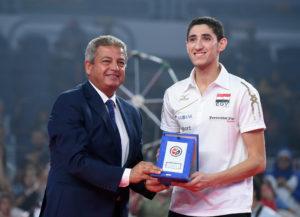