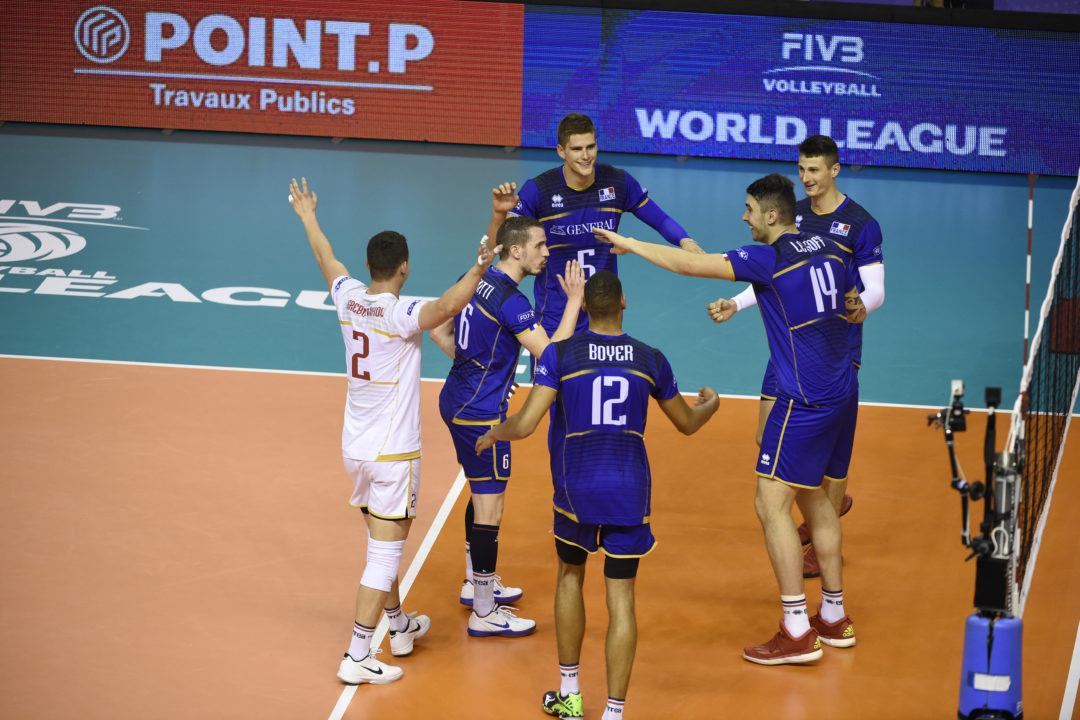 The Frenchmen began their World League campaign on a huge run, going 6-0, gaining the maximum 18 points they could earn in the first two weeks of play. Current Photo via FIVB

The Frenchmen began their World League campaign on a huge run, going 6-0, gaining the maximum 18 points they could earn in the first two weeks of play. The team’s only loss of the World League so far has come to Italy in the third week of play in a tough five-setter. Despite the rough start to week three, the French were able to turn things around in their finals two matches, taking down Canada and Belgium in straight set sweeps.

France sees eight players from their 2016 Rio Olympic squad that placed 10th in the competition return to the finals line-up for the World League. Boyer has been a strong presence on the court for the French team in the absence of Ngapeth being injured the first two weeks. Ngapeth and Le Roux

Ngapeth and Le Roux are returners from the Olympics this past year. Ngapeth ended the competition with 79 points while Le Roux added just 28. With Le Roux having gone down with an injury in week two, his status for the World League finals remains unknown.

#1 seeded France will take on #6 USA on July 4 to open up their Final Six play followed by #3 Serbia on July 6. Depending on the results of the matches will determine if France will move on to the semifinals on July 7.