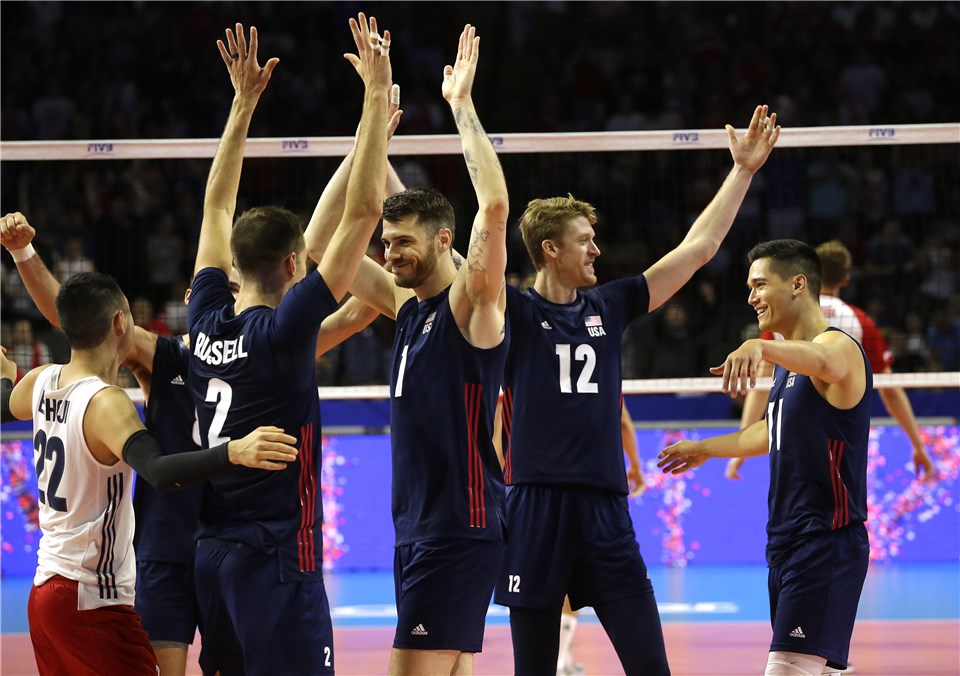 It was another day of shocking results in the Volleyball Nations League and as the dust settled, France, the USA and Russia are now the top three teams.  Current Photo via FIVB

It was another day of shocking results in the Volleyball Nations League as Brazil crumbled for the second straight match, falling via sweep to France. Canada, which was a big winner on Friday, also experienced a collapse, stumbling 3-0 against a short-handed Bulgaria squad.

Poland, which was in second place coming into Day 11, dropped to fourth place with a sweep at the hands of the United States.

Russia, meanwhile, took advantage of the shakeup in the Top 5, vaulting from fifth to third with a 3-0 win over Japan.

Italy and Serbia kept themselves in the Final Six race with wins over Korea and Iran, each in five sets.

The day also brought a 32 point effort by Serbia’s Aleksandar Atanasijevic in a five-set win over Iran, 21 points from Bulgaria’s Boyan Yordanov in an upset of Canada and 21 points by China’s Libin Liu in a four-set loss to Australia.

Here is a look at how it all happened.

Thus far only South Korea (0-11, 2 points) has been mathematically eliminated from the Final Six race with four days left in the competition.

The United States looks to grab its third home victory and fifth-straight, when it wraps up Pool 15 with a match against Iran (11th, 4-7).

Brazil (5th, 8-3) looks to bounce back from two uncharacteristic sweeps against Bulgaria (12th, 4-7), which is riding high after a sweep of Canada on Saturday.

At the other end of the spectrum, the bottom two teams will face off. Last place South Korea (0-11) will face 15th place China (2-9) looking to get its first VNL victory.